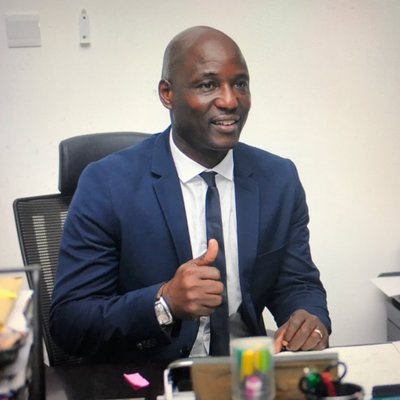 Ghanaian legend and former deputy general secretary of the Confederation of Africa Football (CAF), Mr Anthony Baffoe, has declared his readiness to make his expertise available to local clubs which need his services.

While declining to accept a permanent offer due to his role as the General Secretary of the Professional Footballers Association of Ghana (PFAG), he said he was ready to offer his rich experience to local clubs when they called upon him.

Commitment
Speaking to the Daily Graphic yesterday in his first public interview since his resignation from CAF last June, the former Ghanaian international gave a hint of how Medeama president, Mr Moses Armah, previously contacted him to help restructure his club, but he declined the offer due to lack of time.

Mr Baffoe, who said he gave up the CAF job to enable him to get closer to his family, explained that now that he was back home, he could offer his services to help restructure local clubs, aside his official duties at the PFAG.

PFAG’s assistance
He revealed how the PFAG had brought relief to players in various ways, including engaging the Ghana Football Association (GFA) to come up with a standard contract for players, as well as coming up with an award scheme where players would vote for the best players.

According to him, they had also engaged in a number of social interventions for players, including paying medical bills of former Ghanaian international, Abu Imoro, who underwent rehabilitation at the Pantang Hospital.

Advice for players
The former Black Stars defender, who served as a General Coordinator for the 2014 and 2018 FIFA World Cup finals, advised Ghanaian players to use part of their time on social media to educate themselves to help make them complete after retirement.

Infrastructure development
He also stressed on the need to develop sports infrastructure in the country as a way of improving sports.

He stated that he had engaged in talks with the Minister of Youth and Sports, Mr Mustapha Ussif, on ways to improve the various sports facilities in the country.

“I think it is very important to refurbish our sports centres. I have had a very deep discussion with Mr Mustapha and he showed me a plan for Winneba, Kaneshie and Prampram. I hope he can implement it because the Black Stars need a base, just like the women and the junior national teams”, he explained.