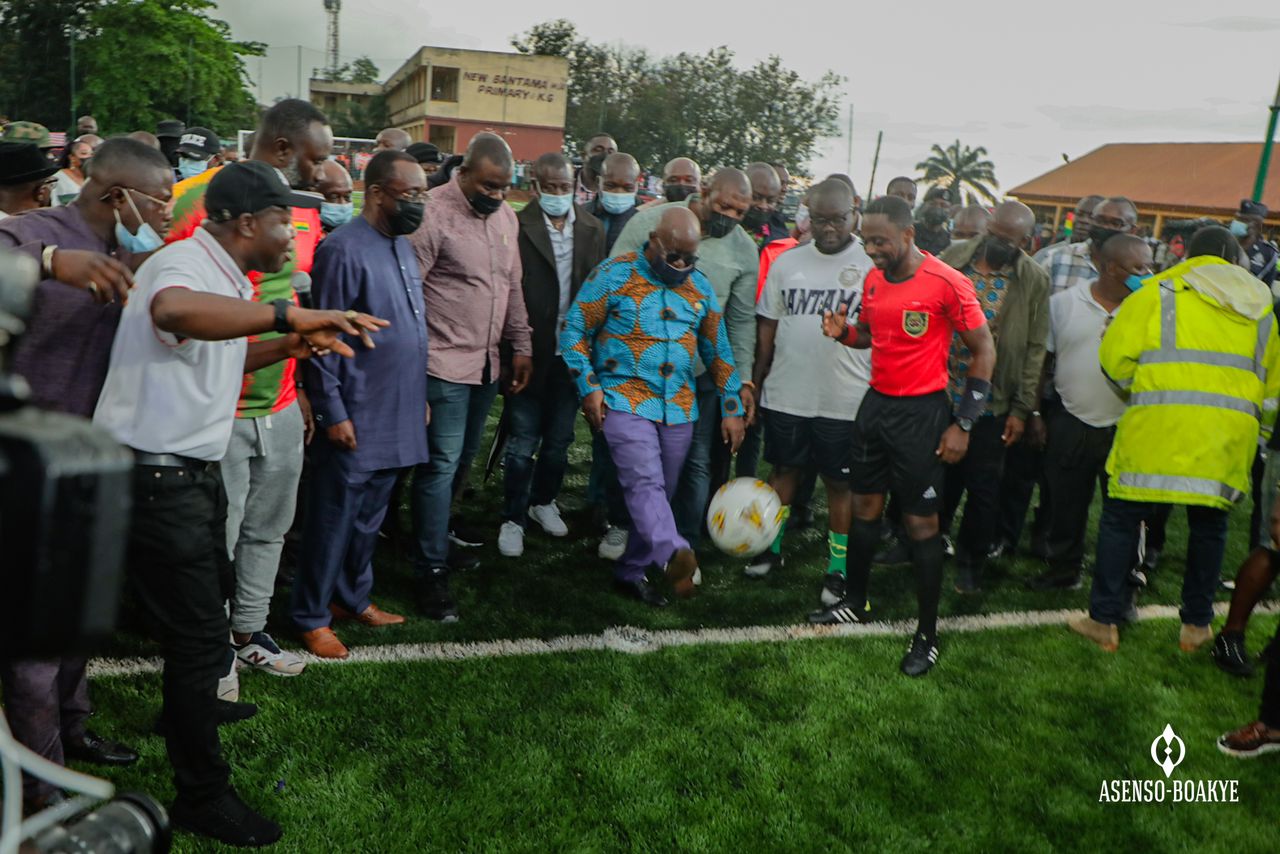 After performing the ceremonial kickoff, the president unveiled a plaque amidst cheers from a packed stadium.

The mini stadium, constructed by Wembley Sports Complex Company, has a normal football pitch, stands, floodlights and a changing room.

The artificial pitch was the initiative of the Member of Parliament (MP) for the area, Mr Asenso-Boakye, with support from the National Lottery Authority (NLA).

The MP seized the opportunity to showcase his football talent but could not last more than 15 minutes.

"The old pitch has produced a number of great players. Most of the players featuring today played here and it's only fair that I invite them to participate in the programme," Mr Asenso-Boakye told GraphicOnline.

He said the aim was to produce the next batch of national talents, reduce social vices and build "societal cohesion."

He applauded the president for defying the rains to honour him and fraternise with the players.

Earlier, President Akufo-Addo had inaugurated a super structure NHIS office at Bekwai, visited the Bekwai Hospital and inspected a number of road projects, including the Lake Bosomtwe road.