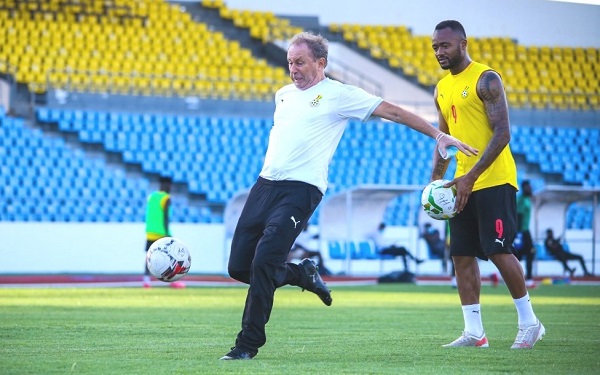 The senior national football team, Black Stars, have begun preparation in Cape Coast ahead of their 2022 FIFA World Cup group qualifier against Zimbabwe at the Cape Coast Stadium on Saturday.

Meanwhile, the Ghana Football Association has announced that the team will train behind closed doors to provide a sound atmosphere for the team ahead of Saturday's match.

The media will have access to the head coach and captain, André Ayew, at the mandatory pre-match press conference on Friday.

Ghana is seeking to get back to winning ways following a 0-1 loss to South Africa in Johannesburg last month which saw the team dropping to the second position behind South Africa on the Group G log.

The Black Stars began the campaign with a 1-0 win against Ethiopia in Cape Coast last month under the supervision of former head coach, Charles Akonnor who was sacked after the team lost to South Africa.