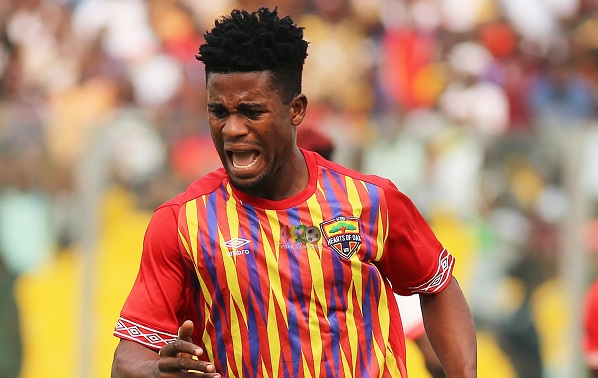 Accra Hearts of Oak players will draw inspiration from the inauguration of their landmark Commercial Centre last Wednesday when they clash with Dreams FC in an MTN FA Cup semi-final encounter at the El-Wak Stadium tomorrow.

As the league takes a break this weekend, all attention will be focused on the MTN FA Cup semi-finals, which will also feature Bechem United and Aduana Stars in the other battle at the Berekum Golden City Park on Sunday.

Hearts are the defending champions and, after almost relinquishing their league title to arch-rivals Asante Kotoko this season, the Phobians are bent on seeking solace in the FA Cup.

Last season, it was a double-do for the Phobians when they scooped both the FA Cup and the Premier League title. However, it is a different story this time round as they seem to have run out of luck in the league and are now fighting hard for a top four finish.

Coach Samuel Boadu’s charges are chasing their 12th FA Cup title. The journey for another glory began with the elimination of premiership side, Accra Lions, via a lone goal victory in the Round of 64, before finishing off Division One side, Golden Kick, 5-2 in the Round of 32.

The Phobians went on to kick out bogey side, Elmina Sharks, 8-7 on penalties to reach the semi-finals.

Dreams FC, on the other hand, eliminated Port City FC, Nania FC and Maxwell Konadu’s Legon Cities to make it to the last four stage of the competition.

Dreams FC are familiar opponents to Hearts. A fortnight ago, Hearts beat them 3-1 at the Accra Stadium in a league encounter.

On paper, Hearts have the edge over the Dawu-based club, though the FA Cup is quite unpredictable.

On Sunday, the Golden City Park at Berekum in the Bono Region will witness a fierce regional derby between Bechem United and Dormaa-Ahenkro-based Aduana FC.

Bechem United who won their only MTN FA Cup trophy in 2016 after defeating Okwawu United 2-1 at the Cape Coast Stadium, are leaving nothing to chance in their quest to win their second title this season.

Having come this far, the Hunters, that have been in good form this season, appear set to run over their opponents in this tight duel.

In the first round of the league, Bechem United stormed Dormaa-Ahenkro to shock Aduana FC with a lone goal victory. Since then, they have kept the chase on Kotoko for the league title.