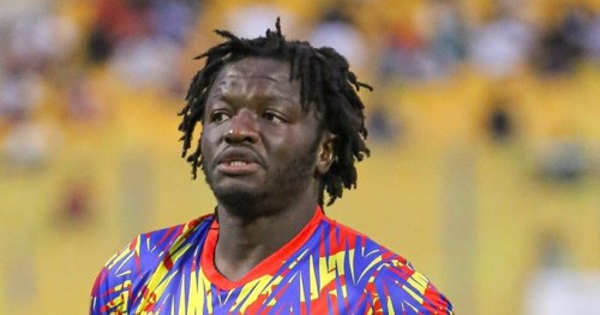 It has emerged that ex-Black Stars winger, Sulley Muntari, is paid just GH¢1 each month for playing for Accra Hearts of Oak, making him the lowest earning player in the league.

Muntari's return to domestic football last month was, perhaps, the biggest transfer coups by Hearts for a high-profile who had spent the best years of his career in Europe where he won the UEFA Champions League with

Explaining how Muntari came to sign for the club, a member of the Hearts board of directors, Dr Nyaho Nyaho-Tamakloe, said about five months prior to the player joining the team, the experienced midfielder had met with the club's board chairman, Togbe Afede XIV, and demanded a huge amount of money which the Phobians could not afford.

However, subsequently, Muntari -- who played in the Italian Serie A, English Premier League and the Spanish La Liga during his illustrious career -- backed down on his demands and surprisingly offered his services for free.

''Sulley originally contacted myself and Togbe Afede that he wanted to play for Hearts. He came down and we had a chat with him, but for the amount of money he wanted in dollars, we told him point-blank we did have even though we would be excited to have him.

''So, he left for South Africa and came back. This time around, when he [Muntari] returned and came to us, he said he wasnt going to charge anything, but Togbe said no because it was not done that way in business. Togbe Afede said record must be there to show that you've done something [worked and earned a wage/salary] and then Sulley said he'll charge us GH¢1 a month''.

He said the player's demands sounded too good to be true since they could not believe how a player who made some outrageous demands a few months earlier would turn around to play for free.

Dr Nyaho-Tamakloe said Muntari's offer epitomised his selflessness and his presence in the Hearts team had been very helpful to both the players and technical team who were tapping into the experience of the 37-year-old player.

''Recently Togbe visited them at the training grounds and called Sulley to ask him how much he was going to charge the club to which Sulley said GH¢1. So, Togbe used that opportunity to advise the boys on what selfless duty was all about," Dr Nyaho-Tamakloe added.

The Hearts board member emphasised that even the player's movement to and from training was self-financed by himself as the club did not even buy fuel for him.

''We don’t even buy fuel for him. What I said we want from Sulley was his experience because even the coach [Samuel Boadu] is learning from him."

Meanwhile, the Hearts director has urged supporters of the club to disregard rumour suggesting the player refused to join the team for yesterday's Premier League encounter with Aduana Stars because he demanded to travel by air to Dormaa-Ahenkro for the game instead of the team bus.