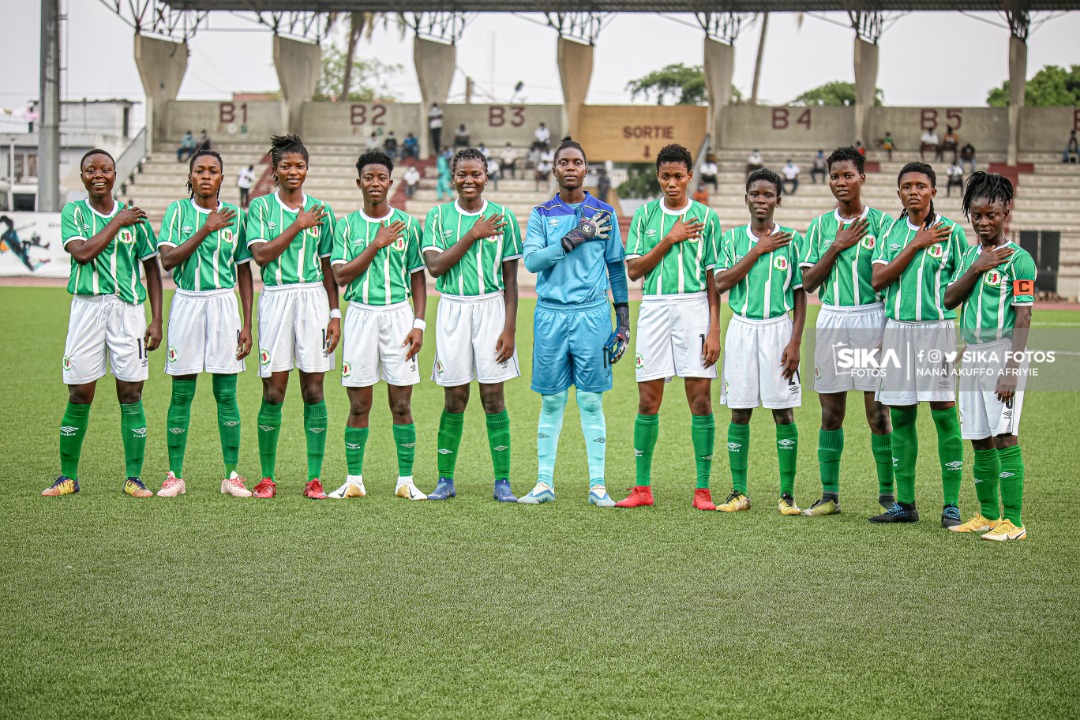 ‘Dooo, the Best comes from the west and we are indeed the best!” These were the chants as Ghana’s Sekondi Hasaacas Ladies jubilated after winning the inaugural trophy of the West African Football Union (WAFU) Zone B CAF Champions League in Abidjan.

It was an understandable joy as Hasaacas Ladies by the victory, a 3-1 win against Nigeria’s River Angels in the final game, avenging an earlier 0-2 loss to the same side in their Group B opening clash when the competition kicked off.

By reaching the final, both sides had qualified for the main Women’s Champions League competition to be staged in Cairo, Egypt in November, thus the final game was more about the prestige of being the first to win the title, the bragging rights of being the better side, and of course, a renewed rivalry between Ghana and Nigeria.

In the end, it was the ladies from Ghana’s Western Region who had the last laugh over their Port Harcourt friends as they executed a well-strategised plan to be the first to lift the trophy.

Against the odds, and given that River Angels had won the opening Group B game in that emphatic manner and were the highest-scoring side en route to the final, most pundits had tipped multiple Nigeria Women’s League champions to have an easy ride in the final.

However, Coach Yussif Basigi had other ideas and was determined not to be defeated again by the same side and thus strategized to win when it mattered most with goals from Veronica Appiah (first minute), Perpetual Agyekum (39th) and Azumah Bugre (57th) ensured victory.

The master tactician that he is, Coach Basigi, plotted his strategy with tactics that saw his defence closed and rather playing the ball more in the opponents’ half and that yielded instant results as the very first touch resulted in a goal from the evergreen forward, Appiah.

That joy over the opener was short-lived as Vivian Ikechukwu equalized nine minutes later. Hasaacas Ladies quickly regrouped and launched a series of attacks, but the Nigerians also determined to fully recover, pushed the game into a midfield battle.

If Coach Edwin Ebere’s plan was to get over the stuttering start and dominate in the second half as they did in the opening game, that plan failed as he watched Hasaacas take an enviable 3-1 lead with Bugre’s strike on the 57th minute.

With a good lead secured, Hasaacas then switched the game into a more defensive plot, completely shutting their rear with captain extraordinaire, Janet Egyir, marshalling her team. For the greater part of the second half, it was more of a midfield contest, a situation that well served the Nigerians in the first but got them frustrated in the second half till the very end. 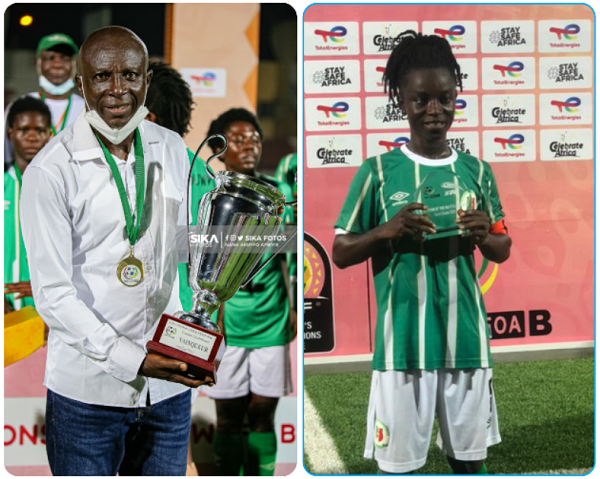 Hasaacas Ladies headed to neighbouring Cote d’Ivoire with the honour of being crowned double champions of Ghana, having just weeks prior to their departure, won the Ghana Women’s Premier League (GHWPL) and the Women’s FA Cup.

It was the first time a team had won both the league and FA Cup in a season, though Ampem Darkoa Ladies had previously won the league and the Super Cup.

The feat in Abidjan thus saw Hasaacas Ladies chalk a rare achievement in women’s football, winning a treble on a trot.

Not only that, the Ghanaian champions had claimed yet another first, going down in the history books of African women’s football as the first team in the sub-region to lift the trophy and in an impressive manner, recovering from a losing start to win a final so emphatically.

In the post-match interview, Coach Basigi, the man who has been in charge of the club since their formative years in 1996 said they pride themselves as the team to always be the first to achieve.

“I think we have made it part of our DNA to be the first to win any title or trophy at stake in any competition.

“We don’t only dream about it, we work hard for it and I must commend my players for buying into the vision and management for their support which makes it possible,” an excited coach, who himself, has also enriched his coaching credentials in women’s football with this feat, said.

“It is exciting to achieve a rare feat of winning three different titles in a row. It does not often happen in football, so we are indeed very proud of our achievements and I commend the ladies for their tactical discipline which brought these honours.”

He said having accomplished their mission of being the first to win the trophy at stake and importantly, qualifying for the inaugural CAF Women’s Champions League, their next mission will be to claim the title in Cairo.

“That is possible and we will soon set our preparation towards achieving that in motion. For now, we want to revel in this significant achievement in Abidjan and get some rest for a while,” Coach Basigi emphasised.

- They became the first side to play in four consecutive GHWPL final, losing the title to Ampem Darkoa

- Hasaacas Ladies are also the first side to win both the league and FA Cup within the same season.