FEATURE: Delay is not denial for Sena Agbeko

When Sena Agbeko decided to live the American dream in 2014, little did he know that he was setting himself up for greatness in boxing.

The 30-year-old fighter struggled to secure himself bouts after relocating to the US and making his debut in February 2014 against Raymond Gatica.

Agbeko, a super middleweight boxer, took three years to come back into the ring after that American debut defeat in 2014 but his return turned his career around.

It was against an American Journeyman Timothy Hall Jr but Agbeko took his chance to steal a unanimous decision victory over his opponent which set the pace for a career turnaround.

The Ghanaian is gradually gaining ground in the division and has been rated 15th by the World Boxing Council (WBC) at middleweight.

“He [Steen] was a lot more cautious because of his movement and the fact that he was willing to counter but just like the stats showed, I threw a lot more power punches. I was the aggressor, I wanted to take the fight to him.

“He didn’t want to fight because he was scared of getting knocked out. I thank God that the judges saw it for what it was because everybody thought that if the fight went the distance, he would definitely get the decision,” Agbeko said in a post-fight interview. 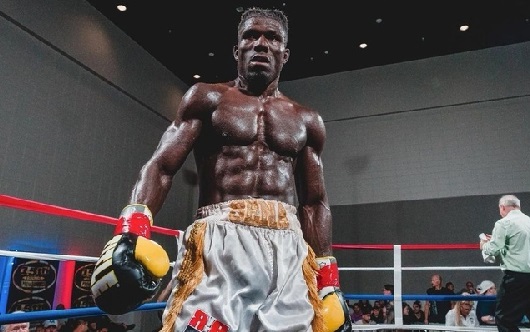 Unlike many fighters from Ghana, Agbeko was raised in a middle-class family and did not necessarily need to box for money. But his appreciation and love for boxing grew when he was watching the 2008 Olympic Games as a 16-year-old.

Agbeko’s zeal to try the fistic sport was motivated by the desire to imitate Ghanaian boxing legends, Azumah Nelson and Ike ‘Bazooka’Quartey, who dominated the featherweight and welterweight divisions during their heyday.

“My parents took outstanding care of me, I just decided to pursue a career from the physical side,” Agbeko told Ring TV and added, “I told my parents that I wanted to try something more challenging, like boxing.”

“I was first inspired by the likes of (former two-division titleholder) Azumah Nelson and (former welterweight titlist) Ike Quartey,” Agbeko said. “Nelson is the biggest name out of Ghana and possibly Africa.

“And of course, Quartey fought Oscar De La Hoya (for the WBC and lineal 147-pound titles) in February of 1999, and I loved his jab. He had a phenomenal jab. I try to model my jab off his,” he said.

Agbeko won all 15 of his bouts in Ghana through knockouts before moving to the United States on a work visa.

Things didn’t go as planned when he touched down in the US due to managerial issues that delayed his progress for three years. All those troubles are behind him now after signing with Mike Leanardi’s Victory Sports and Entertainment and Agbeko is confident of making it in a tough division such as the super middleweight.

Leanardi said of Agbeko: “I’ve known Sena for a few years from his time in Vegas. First and foremost, he’s a great person. On top of that, he is extremely athletic and works hard. I can’t wait until he gets his opportunity.” 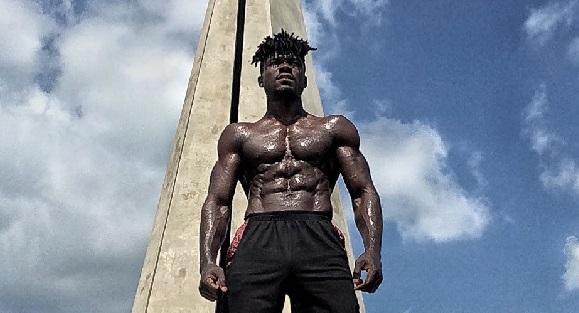 With 12 wins from his last 13 bouts, Agbeko is on course to make a mark at super middleweight and only time will tell what he can achieve.

The Ghanaian is in line to be called upon to face legendary Mexican boxers, Saul ‘Çanelo’ Alvarez, and David Benavidez, who both dominate the WBC belts.

Having been ranked in the top 15 by WBC, the future looks bright for Agbeko who wants an opportunity to face Caleb Plant before getting the nod for the world championship.

It is not going to be an easy task for the fighter but the Tennessee-based Ghanaian is optimistic about taking his chances when they present themselves.

For a fighter who had to fight at the lower ranks for years to get noticed, Agbeko offers the new generation of Ghanaian boxers the determination needed to make it in the sport.

And only time will tell where he can get to going forward.