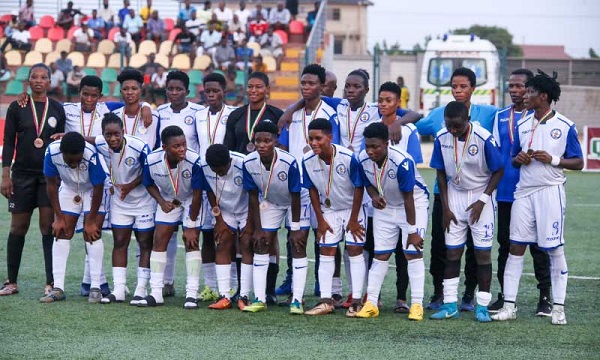 Ghana Women’s Premier League champions, Ampem Darkoa Ladies, have been drawn in Group B as they campaign for a ticket from West Africa Football Union (WAFU) Zone B to this year’s Confederation of Africa (CAF) Women’s Champions League later this year.

The draw for the competition held in Rabat yesterday saw Ampem Darkoa being drawn alongside Bayelsa Queens of Nigeria, USFA of Burkina Faso and Athleta of Togo.

This will be the second time Ghana and Nigeria teams will be clashing at the group stage of the WAFU tournament after Hasaacas Ladies and River Angels had clashed at the group stage in themaiden edition. The Nigerian side won the group encounter 2-0, but Hasaacas also beat them 3-1 in the final.

Group A will feature AS d’Abidjan (Cote d’Ivoire), AS Police (Niger) and Espor FC (Benin).

The competition will be held in Abidjan from September 13 to September 25, with the eventual winners progressing to the main competition to be hosted by Morocco.

Ampem Darkoa, based in Techiman, will be hoping to follow in the steps of Hasaacas Ladies who won the WAFU Zone B ticket and went on to finish as runners-up to Mamelodi Sundowns in the maiden CAF Champions League final in Cairo last year.