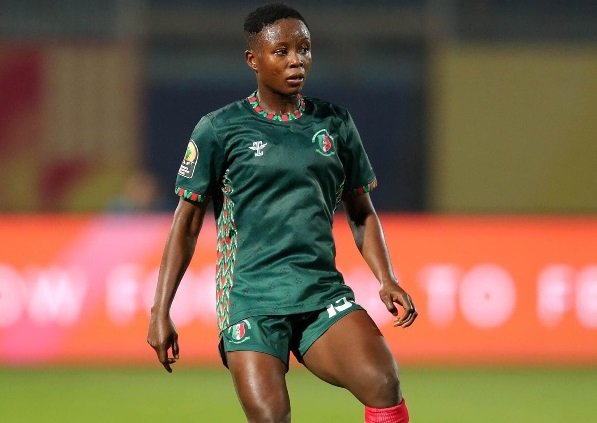 GHANA’s Evelyn Badu could this evening be the first Ghanaian to pick two Confederation of Africa (CAF) awards on the same night after being named in the final shortlist for two awards for the 2021 CAF Awards slated for Rabat.

Badu, a former Hasaacas Ladies player who now plays for Norwegian side, Alvaldsnes, has been shortlisted for the CAF Young Player and the CAF Inter-Club Competition Best Player awards.

Her former team mate, Doris Boaduwaa, has also been named in the final shortlist for the Young Player of the Year award. Morocco’s Yasmine Zouhir, who plays for AS St Etienne, is the third nominee.

Ghana’s duo are being honoured for their sterling performances at the inaugural Women’s CAF Champions League held in Cairo last year, which saw Hasaacas Ladies finishing second to Mamelodi Sundowns of South Africa.

Badu also finished the competition as the Top Scorer with five goals, won two Woman of the Match awards and crowned it all with the Best Player of the Tournament award.

Boaduwaa, on the other hand, provided some assists in the goals scored by Hasaacas Ladies and also scored in the semi-final match against AS FAR.

The two also played key roles in their side’s exploits at the West Africa Football Union (WAFU Zone B) competition, helping their side to recover from the initial group loss to Nigeri’a River Angels, to win the tournament with a 3-1 win against the Nigerians in the final.

Though they were nominated for the CAF Female Footballer of the Year, the did not make the cut as Cameroun’s Ajara Nchout Njoya (Internazionale), Nigeria’s Asisat Oshoala (Barcelona) and Zambia’s Grace Chanda (BIIK Kazygurt) made it in the final shortlist.

Hasaacas Ladies coach, Yusif Basigi, who was also named on the initial shortlist for the Best Coach, did not make the final cut, but his club remains on the final shortlist for the Club of the Year award, having ended as the tournament’s highest scoring side with 10 goals in five matches, only losing the final against Sundowns.