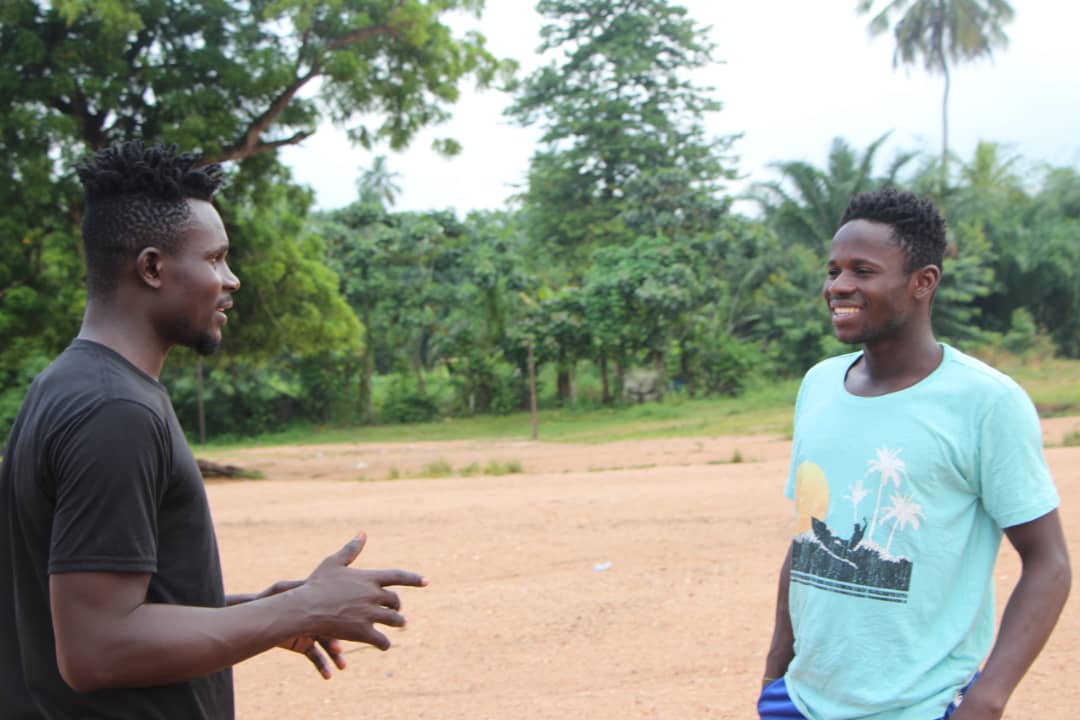 Immediate past Member of Parliament for Awutu Senya West(ASW), Hon. Nenyi George Andah, has partnered with Dreams FC defender, Issah Yakubu, in an effort to unearth football talents in the constituency.

The soccer talent hunt, which is currently ongoing in ASW, is another effort by Nenyi George Andah to find Awutu Senya West's next Michael Essien and a continuation of his work towards soccer development.

The former MP urged the youth in the constituency to focus on their dreams, actively participate in programmes and activities to unearth their talents and to strictly observe the COVID-19 health and safety protocols.
A selected team of players from ASW later went toe-to-toe with professional players from Dreams FC, Berekum Chelsea and Swedru All Blacks at Awutu-Mfafu in the Central Region.

The former MP and ex-deputy Minister for Communications affirmed his continued willingness to partner stakeholders in giving the youth opportunities to develop their talents. He urged beneficiaries to  give back to the community when they become successful like Issah Yakubu.

Hon. Nenyi George Andah believed strongly that the constituency's ability to birth talents such as Issah Yakubu and Michael Essien, meant that there were more untapped talents to be found.

The former Member of Parliament (MP) has been fruitfully investing in football, entertainment and tourism over the years. He has been  organising series of events with the intention of discovering music and football talents in the consistency and giving them the exposure to commercialise their talents.
He is renowned for providing an ultra-modern music recording studio at Senya Beraku and lobbying the Coastal Development Authority to construct an AstroTurf  at Bawjiase.

At the end of the first phase of the soccer talent hunt, Sem Brako, Nuhu Mohammed and Carlos Acquah were selected to go for trials at Berekum Chelsea SC, whiles Kenneth Ninson and Mohammed Gafar got selected for trials at Dreams FC respectively.