UEFA Champions League: What the statistics say about the Chelsea v Lille match 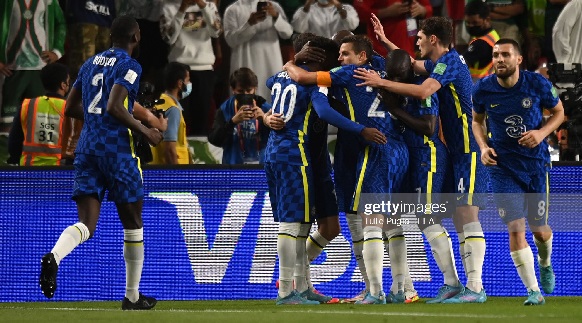 Chelsea and Lille have met in just one European campaign previously - the 2019-20 UEFA Champions League – when the English side won both group stage matches by the same 2-1 scoreline.

Chelsea have only lost one of their previous 10 home European matches against sides from France (W6 D3), a 1-2 defeat to PSG in March 2016 which knocked the Blues out of the UEFA Champions League.

This will be Lille’s ninth UEFA Champions League match against a side from England, and third versus Chelsea. Their other six games all came against Manchester United, with only one of their eight such matches ending in victory (D2 L5), a 1-0 win over the Red Devils in November 2005 thanks to a goal from former Spurs player Milenko Acimovic.

English and French teams have previously been drawn against one another on 14 different occasions within the knockout stages of the UEFA Champions League, with sides from both countries progressing seven times each. However, of the three occasions the English team has played the first leg at home, only one has progressed – Man Utd (v PSG) in 2018-19.

Only Manchester City (15) and Bayern Munich (14) have won more UEFA Champions League matches than reigning champions Chelsea (13) since the start of last season, who – before last season – had been eliminated from the competition in five consecutive knockout ties between 2013-14 and 2019-20.

Lille are appearing in only their second Last 16 tie within the UEFA Champions League, and first since a two-legged defeat to Manchester United back in 2006-07, when they lost 1-0 both home and away.

Chelsea are the first current champions of the UEFA Champions League to progress to the knockout stages not as group winners since Real Madrid in 2017-18, who did eventually go on to retain their title. The last current holders of the competition to be eliminated at the Last 16 stage were Liverpool in 2019-20 (v Atletico Madrid).

Lille (7) come into this round as the lowest scoring group winners since both Leicester City and Atletico Madrid in 2016-17 (also 7 each). Jonathan David has been responsible for three of those seven strikes, netting exactly once in his last three appearances in the UEFA Champions League; on the day of this game, David will be aged 22 years and 39 days, and should he score, Lionel Messi (21y 155d in November 2008) will be the only non-European player to score in four straight matches in the competition at a younger age than the Canadian.

Including finals, Chelsea boss Thomas Tuchel has progressed/won 73% UEFA Champions League knockout ties (8/11), with only three other managers boasting a higher such rate among those to have overseen at least 10 knockout ties within the competition – Vicente del Bosque (80% - 8/10), Josef Heynckes (86% - 12/14) and Zinedine Zidane (88% - 14/16).