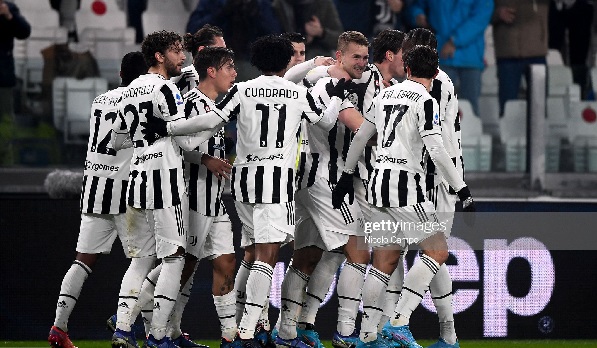 Juventus are the favourites to go through in this tie ahead of Villareal
30.5k Shares

This will be the first-ever meeting between Villarreal v Juventus in an European competition, and only the second time they have faced an Italian side in the knockout stages of the UEFA Champions League. Villareal eliminated Inter Milan in the quarter-finals in 2005-06, after edging them on away goals (2-2 on aggregate).

Since the 2002-03 season, Juventus have progressed from six of their eight two-legged ties against Spanish opponents in the UEFA Champions League, including their most recent one – a 3-2 aggregate win over Atlético Madrid in the Round of 16 in 2018-19.

This will be the fourth time Villarreal have hosted an Italian opponent in the UEFA Champions League, as well as the fourth different side. They have split the results in each of the last three, beating Inter Milan in April 2006, losing to Napoli in December 2011 and drawing 2-2 with Atalanta in September 2021.

Villarreal manager Unai Emery has only won one of his six games in the knockout stages of the UEFA Champions League (D1 L4), losing each of the last three in a row. Indeed, Emery has seen his side be eliminated in all three of his previous Round of 16 ties – once with Valencia in 2010-11 and with Paris Saint-Germain in 2016-17 and 2017-18.

Massimiliano Allegri has progressed from four of his previous five Round of 16 ties in charge of Juventus in the UEFA Champions League, with his only elimination coming against Pep Guardiola’s Bayern Munich in 2015-16. Juve have been eliminated at this stage in the two seasons between Allegri’s spells (in 2019-20 under Maurizio Sarri and 2020-21 under Andrea Pirlo).

Ahead of the Round of 16 first legs, Juventus pair Federico Bernardeschi (5) and Juan Cuadrado (6) are one of only three teammate duos to have both registered 5+ assists in the UEFA Champions League since the start of last season, along with Bayern Munich’s Joshua Kimmich and Robert Lewandowski and Paris Saint-Germain’s Kylian Mbappé and Ángel Di María.

Arnaut Danjuma has been directly involved in five goals for Villarreal in the UEFA Champions League this season, scoring four times and providing an assist. This is already the highest combined tally of goals and assists recorded by a Villarreal player in a UEFA Champions League campaign, equalling Joseba Llorente’s haul from 2008-09 (also four goals and one assist).

Juventus striker Álvaro Morata has scored in two of his last four appearances against Villarreal in all competitions (two goals), including an 83rd-minute winner at Estadio la Cerámica while playing for Real Madrid in February 2017 (3-2 win).

Should he feature in this game, Villarreal winger Yeremi Pino could become just the fourth Spanish player to score in the UEFA Champions League knockout stages as a teenager, after Bojan (2008 and 2010), Cesc Fàbregas (2006) and Raúl (1996). He would also be the first teenager to score for Villarreal in the knockout stages of the competition.