Sulley Muntari: FIFA must do more to fight racism 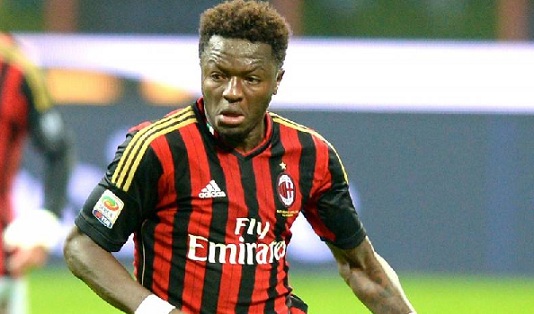 Former AC Milan midfielder, Sulley Ali Muntari, has urged FIFA to put in more effort to fight racism in football comparable to the inventing of the Video Assistant Referee (VAR).

Muntari’s call followed protests around the world against racism after a video of the killing of a black man, George Floyd, in the United States of America went viral.

In an interview with TV3, the midfielder stressed that the VAR was invented to correct the existing wrongs in football and same efforts should be channelled into fighting racism in sports generally.

“For instance, they have invented VAR, which helps to take alternative views on decisions. So why don’t you put that same energy into tackling racism?” he asked.

Muntari is himself a victim of racist abuse. In 2017, he famously walked off the field after he was shown a yellow card for complaining to the referee about racist chants from Cagliari fans when he was playing for Pescara in Italy.

He said such situations called for unity within the sports fraternity.

“When it happened to me, I walked out. Whenever someone encounters such a thing, the person needs to walk, but we have to come together and fight it,” he said.

The 35-year-old added that a “person’s colour does not matter because we are all human beings. It will go on forever if we don’t change it”.

Muntari — who also played for Sunderland and Portsmouth in England and Inter Milan and Udinese in Italy — has been without a club after leaving Spanish second division side Albacete last year.

He has, however, been linked to Accra Hearts of Oak and Kaizer Chiefs of South Africa.