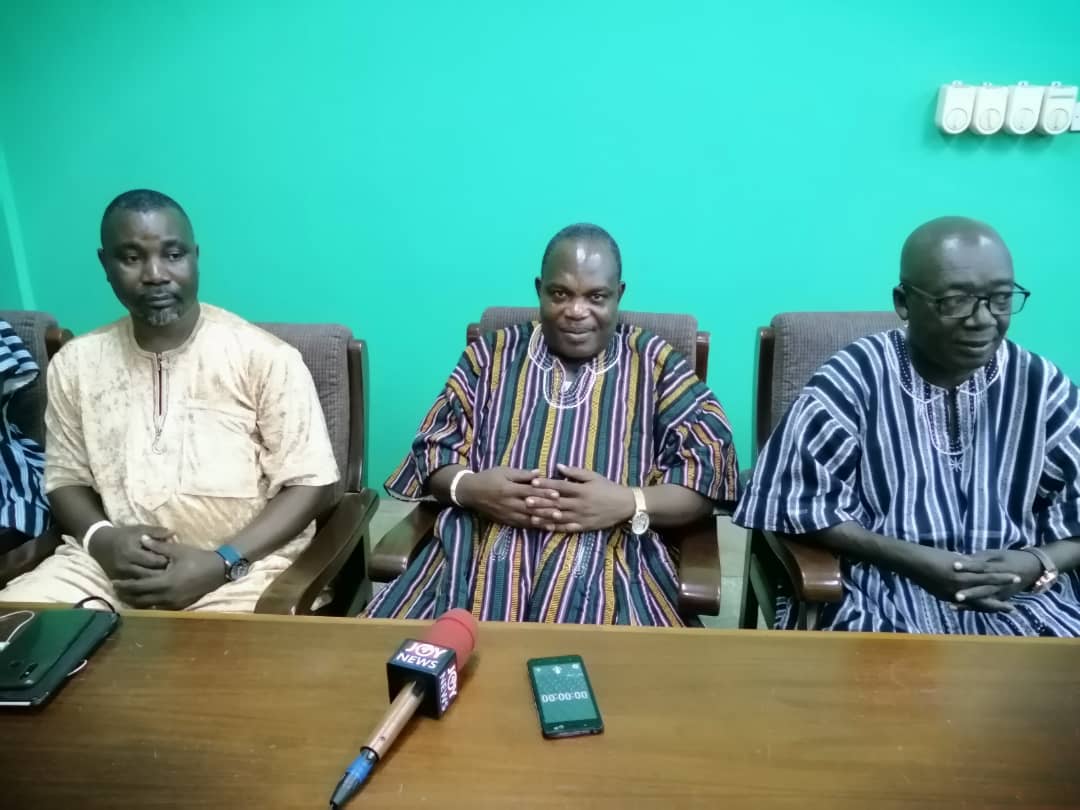 The Kpone Traditional Council has described as misleading reports that claimed that the Paramount Chief of the area, Nii Tetteh Otu II angrily drove away President Nana Addo Dankwa Akufo-Addo when he visited the area last Sunday.

President Akufo-Addo on Sunday cut the sod for the construction of a 40-bed hospital for the Kpone-Katamanso Municipal area as part of his tour of the area.

The hospital is expected to be completed within 24 months.

At a media briefing on Tuesday [October 27, 2020], Divisional Chief of Gbetseli, Nii Tei Kojo Amankwah Sune I who spoke on behalf of the Paramount Chief debunked the publication.

“The misinformation on social media has put the name of the traditional council into disrepute and we suspect some people out there want to destroy the warm relationship we have with [President] Nana Addo."

“We are very happy about the hospital project and find it shocking for anyone to say the traditional authorities here are displeased with it,” Nii Tei Kojo said.

According to him, Nii Tetteh Otu II was only suggesting to President Akufo-Addo that he had wished the health facility was a multi-storey structure so as to help conserve the land.

He said, following the suggestions, President Akufo-Addo asked the Paramount Chief to discuss with the contractor of the project for any modification that can be done to the structure.

Since then, a three-member committee has been set up by the traditional council to coordinate with the contractor on the project.

He further explained that the Paramount Chief’s hand gestures have been misconstrued and portrayed in the negative sense on social media.

“Having waited for a project like this, we were happy that it was finally going to materialise,” he indicated.
Nii Tei Kojo Amankwah Sune I and other chiefs reiterated their happiness for the project and warned the council will not hesitate to take action should those behind this falsehood be found.