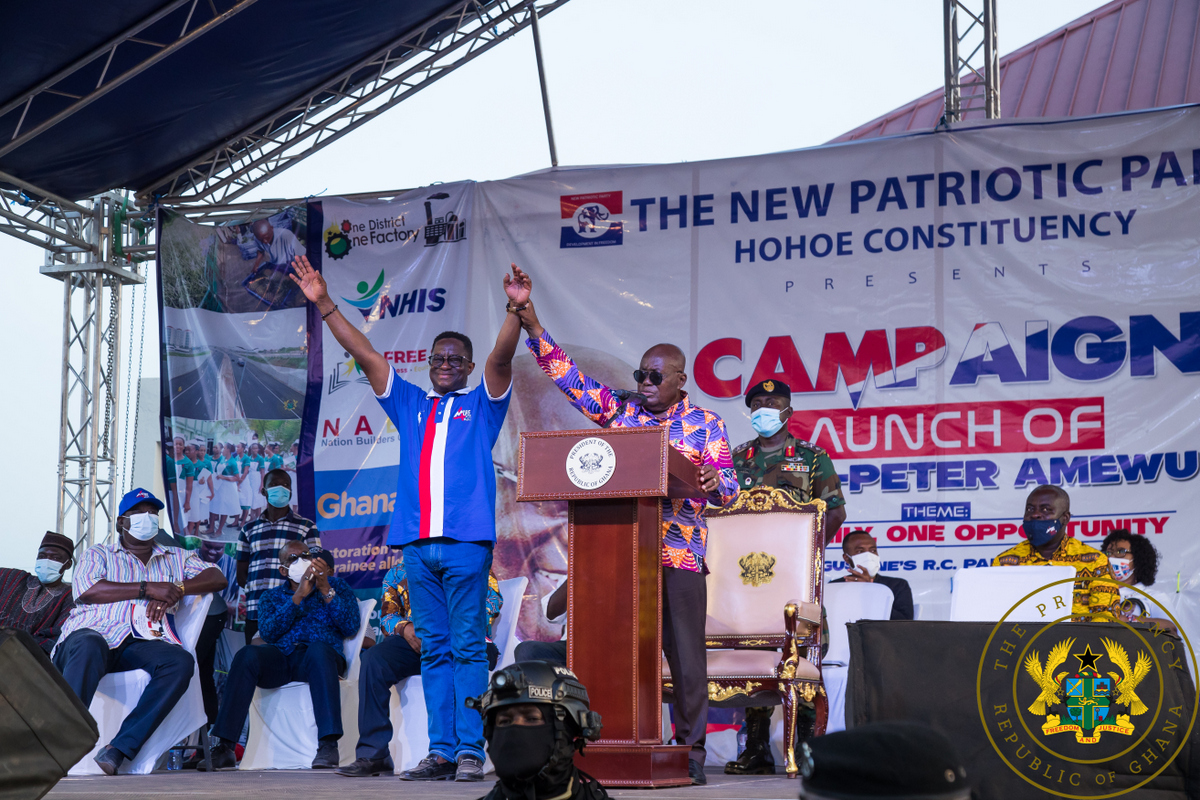 President Nana Addo Dankwa Akufo-Addo, says the Volta Region has seen very little in terms of development over the years, despite voting massively for the National Democratic Congress in successive elections.

According to President Akufo-Addo, “I am sure that all of you have seen that today, the umbrella has got nothing but holes in it. It can no longer act like an umbrella, it got holes in it. When it rains and you put it up, the water will be upon you because it’s no longer working as an umbrella.”

The President made this known on Saturday, November 21, 2020, at the launch of the 2020 campaign of the New Patriotic Party’s parliamentary candidate for Hohoe, John-Peter Amewu, at the RC Park in Hohoe, Volta Region.

In the John-Peter Amewu, President Akufo-Addo was confident that Hohoe has got an excellent candidate, describing him as one of the outstanding ministers of the Akufo-Addo Government.

“He was very good as the minister for lands and natural resources and a brilliant minister of energy. The man who has kept the lights on in our country, the man who is saving us a lot of money, renegotiating with the IPPs of our country. Even without being an MP, you have seen the work that he has been doing in Hohoe. Add MP to the Minister, and you will see the rapid transformation of Hohoe,” he added.

The President, therefore, appealed to residents of Hohoe, and, indeed, the Volta Region, to “continue to trust me, for the next four years is going to be even better than the four years that we’ve gone through. I will not make any commitments to you that I cannot fulfill, I will never do that to the people of Ghana.” 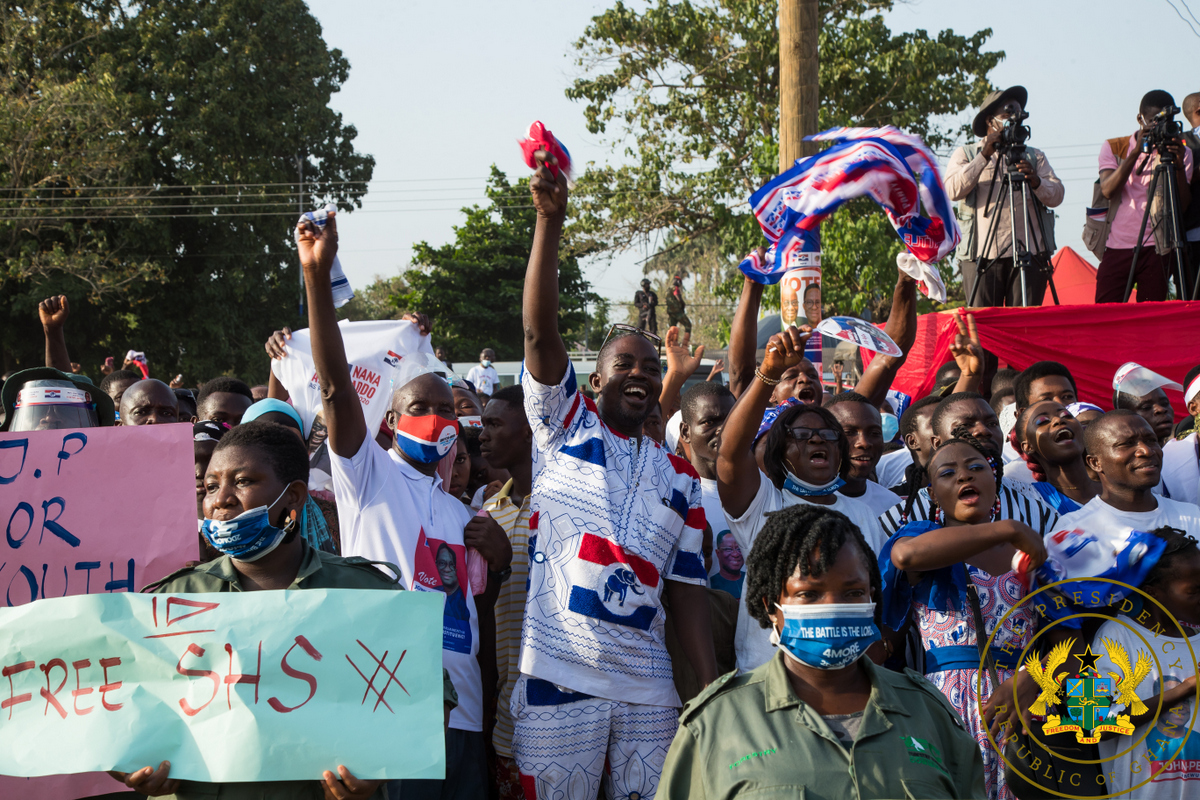