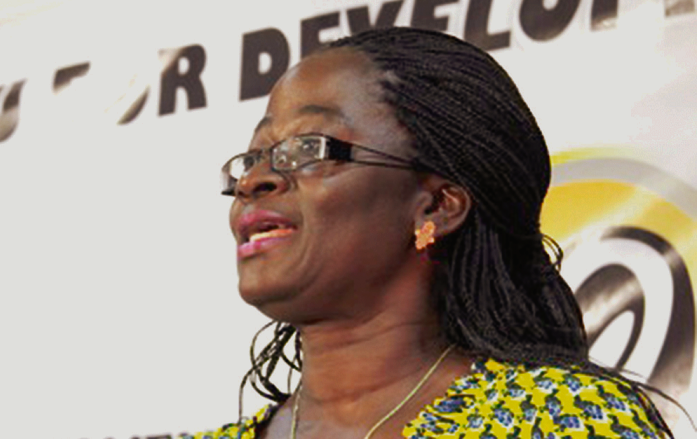 Abantu for Development and the Women Manifesto Coalition (WMC) have congratulated Mrs Jean Mensa on her sterling performance as the Chairperson of the Electoral Commission (EC) in the just-ended elections.

The commendation, according to the women-centred groups, was indeed in recognition of a well-deserved success following the meticulous preparation and conduct of the presidential and parliamentary elections on December 7, 2020.

In a press release signed by the Executive Director of ABANTU for Development, Dr Mrs Rose Mensah Kutin,  said Mrs Mensa’s success was also by extension a triumph for many other Ghanaian women and men, especially those who believed that gender inclusion and women’s heightened visibility and leadership were critical in national development.

The release said ABANTU for Development as a women’s rights policy advocacy organisation had directed its work since 1999 to examining, scrutinising and interrogating processes that perpetuated structural inequalities and exclusion in national management.

The organisation, it added, continued to build the capacity of women to participate in decision making at all levels to enable them to influence policies from a gender perspective for equality.

It said ABANTU had, therefore, worked to support endeavours for the promotion of gender sensitivity in leadership to address issues of inequalities as a matter of right and entitlement.

"We have always taken pride in the promotion of women to high-profile positions knowing that barring structural patriarchal challenges, women largely excel when given a chance in managing critical institutions of state," it added.

It, therefore, said Mrs Mensa’s success and leadership around the 2020 elections in the context of the COVID-19 pandemic gave recognition to her capacity, efficiency and strength of character, as well as the remarkable work that women were performing in critical state institutions.

"We recognise that there has been a nominal increase in the number of women ascending leadership positions in various sectors of the country. Unfortunately, the structural and systemic limitations, the many challenges and barriers that women in leadership have to contend with, do hinder women’s progression to leadership positions in governance just as it was in other public institutions," it observed.

"We, therefore, congratulate Mrs Jean Mensa on her success and send our best wishes to her. We are confident that she will remain steadfast and focused in serving the country by providing a powerful voice in the area of governance and in supporting considerations of diversity and inclusiveness," the statement said.

It added: "We continue to work with great optimism that institutions of governance and other national institutions will recognise the added value that women bring through their effective leadership.”