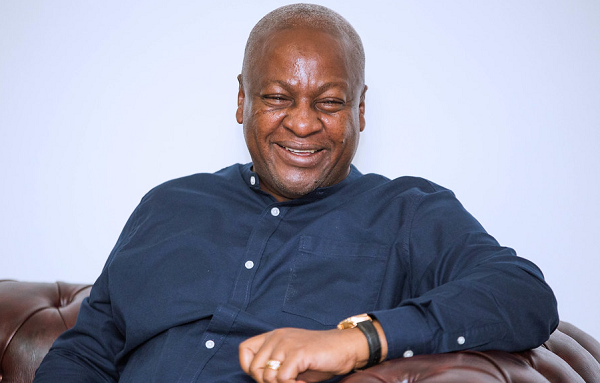 Former President John Dramani Mahama has jibed Vice President Mahamudu Bawumia, saying the person who in the recent past claimed to have arrested the US Dollar in its appreciation against the Ghanaian Cedi, has now been arrested by the Dollar.

It will be recalled that in 2017, Vice President Bawumia while giving account of the first 100 days in office of the New Patriotic Party (NPP) government, indicated that they have been able to “arrest” the fall of the Ghana Cedi against the Dollar.

In a humorous taunt whilst delivering a 40-minute presentation at a town hall meeting to assess the 100 days of President Akufo-Addo in office, the Vice President said the free fall of the Cedi had been arrested, and the keys given to the Inspector General of Police (IGP) for safekeeping.

“When we came in, it [Cedi] was running, essentially we have arrested it [cedi], and the IGP has the keys, he’s locked it up, we want to make sure we pursue sound policies to keep the cedi stable, it has appreciated for this year.“

Some years down the line and former President Mahama believes that the Cedi has rather arrested Vice President Bawumia.

Explaining why he (Mr Mahama) thinks that the Dollar has arrested Dr Bawumia, the former President said Dr Bawumia is now quiet over the free fall of the Cedi because he had been arrested by the Dollar.

Former President Mahama made the remarks when he launched the TEIN app at the University of Professional Studies, Accra (UPSA) on Monday afternoon, March 21, 2022.

The Tertiary Educational Institutions Network (TEIN), is the students’ wing of the National Democratic Congress (NDC).

The TEIN App will enable the leadership of TEIN across the various tertiary institutions in the country to keep an up-to-date database of its membership, undertake political activities including campaigns, disseminate party’s information to members, allow for easy payment of dues as well as serve as a pool for talent hunt for the party in general.

For Mr Mahama, the Cedi was in its worse form against the Dollar under the watch of President Akufo-Addo and Dr Bawumia due to mismanagement and populists policies.

He said the youth are the worse hit under the economic mismanagement of President Akufo-Addo, urging Ghanaians not to lose hope and that the NDC would come to save the situation.

For him, the NDC would deliver Ghanaians from the hardship they are going through as a result of the bad governance by the Akufo-Addo-led government.

Mr Mahama said the short-sighted policies President Akufo-Addo embarked on have contributed in the current economic hardships facing Ghanaians, saying that Ghanaians will soon wake up from their nightmare to a new dawn of hope.