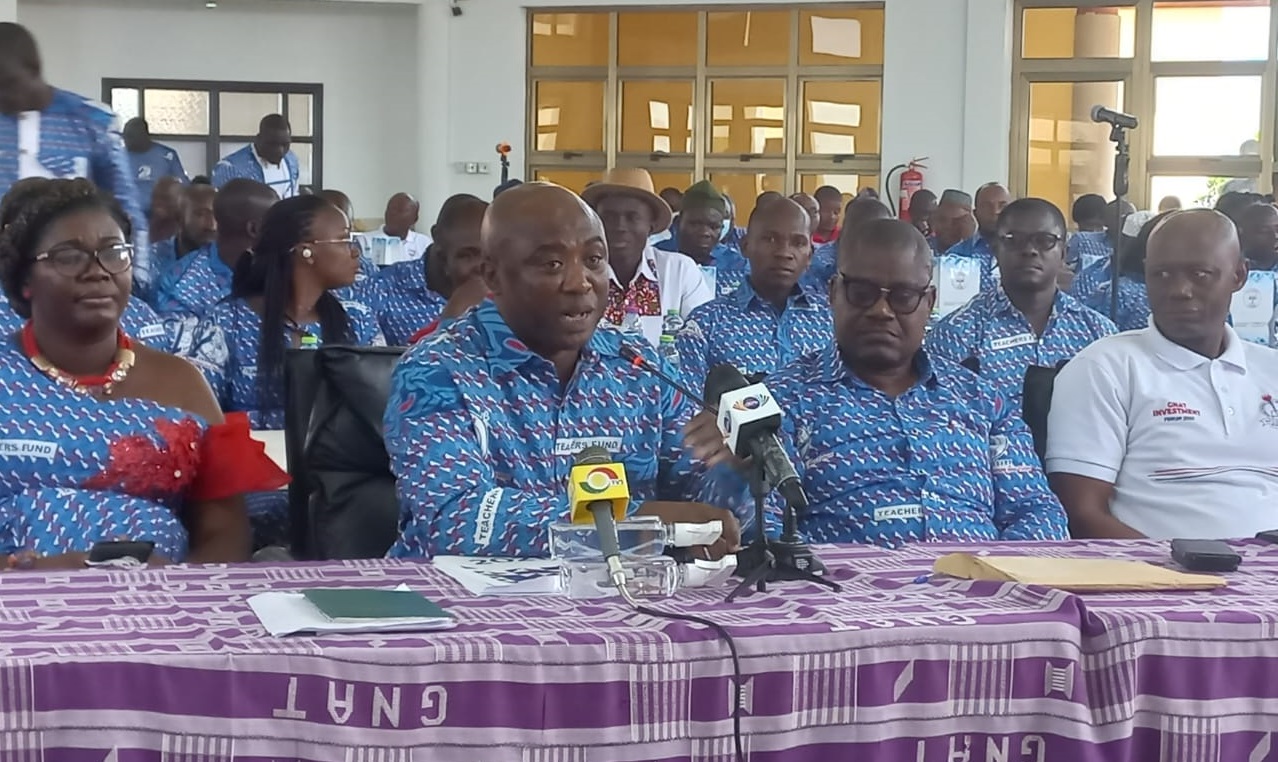 The National Council of the Ghana National Association of Teachers (GNAT) has given an ultimatum of November 4, 2022, for the president to revoke the appointment of Dr Eric Nkansah as acting Director-General of the Ghana Education Service (GES).

According to GNAT, if the President does not revoke the appointment by the ultimatum given, there will be other consequences by the labour union.

Graphic Online’s Kwadwo Baffoe Donkor reports from Abankro in the Ejisu Municipality in the Ashanti Region where GNAT addressed a press conference on Sunday (October 30, 2022) that, although the National Council of GNAT was not specific on its next line of action, it said it would advise itself if the president failed to revoke the appointment by the said date.

The council considered the replacement of former DG, Prof Kwasi Opoku Amankwa by Dr Eric Nkansah, a banker “as both unfortunate and untenable.”

In communique read to the press at the end of its annual meeting held from October 25 to 30, 2022, the General Secretary of GNAT, Thomas Tanko Musah, maintained that the position of the Director General of the GES, has always been occupied by “educationist since its creation in the 1970s and remained as such even under military regimes.”


According to the council, the role of DG was that of a policy implementation one and as such would require someone with the professional background to understand the field and work effectively.

The council therefore called on the president to revoke the appointment of Dr Nkansah and to appoint an educationist to replace him.

Since his appointment on October 19, 2022 in acting position pending the approval of the GES Council and the Public Services Commission, some teacher unions have raised objections about Dr Eric Nkansah's appointment as a replacement to Prof Kwasi Opoku Amankwa.

According to the teacher unions, such a sensitive position must be occupied by a professional educationist who understands the field.

They have claimed that the new DG lacked the professional qualification that would enable him to effectively perform and thus called on the president to reconsider his nomination.

The council was also concerned about the contract extension for the Deputy Director General of the GES, Anthony Boateng for another one year.

Mr Musah also cautioned the government against the extension and said the council would “vehemently and vigorously resist any attempt to Mr Boateng being asked to be back in the system and that the consequences of any such attempt may be too dire to handle.”

The council said as of October 30, 2022, the management of GES was yet to pay teachers the 2022 Continuous Professional Development allowance and reminded GES to ensure that the allowance was paid by the end of November 2022.

The council was also worried that some directorates of the service were compelling and threatening teachers to attend “all kinds of CPD workshops run by some service providers at exorbitant prices.

“Council expresses its indignation with this situation and therefore calls on the GES to sanitise the CPD environment to curb the persistent exploitation, intimidation and pressure on our members,” Mr Musah said.

The council again called on the Controller and Accountant General’s department and the Ministry of Finance to pay all tier-two outstanding arrears to the custodians of the funds before the end of November 2022.

According to the council, the funds has been in arrears for six months and called on the stakeholders to reimburse the Ghana Education Service Occupational Pension Scheme (GESOPS) by November to “save members who retire from post-retirement anxieties and uncertainties.”

As part of the International Monetary Fund conditionalities, the council said the government would be undertaking a debt restructuring programme under which domestic bond holders would be affected.

According to the council, “GESOPS’ funds which are the largest tier-two pensions in Ghana would be affected badly with teachers and educational workers losing lots of money when they retire.

“The council therefore calls on the government to exempt pension funds from the said restructuring, taking cognizance of the fact that pensions in the country are already nothing to write home about,” he appealed.