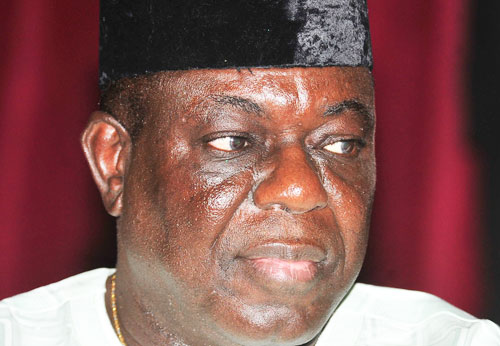 The family of the late business magnate, Mr David Lamptey, has called for a probe into his death and how his Will was executed.

Mr Lamptey died on Wednesday, December 5 last year and was buried on Saturday, February 9 this year.

A news conference addressed by Mr Emmanuel Lamptey, a brother of the deceased in Accra said the purported Will was allegedly written on June 17, 2010 and was lodged five days after his death.

“We want to state unequivocally that our brother and father had every right to dispose of his Will in a manner that he so wished; it is not our intention to interfere with his wishes.  On the contrary, we have taken this step because of the strange circumstances under which he died as well as the contents of his alleged Will.

“Our overall objective in this matter is first to pursue truth and justice in the court of competent jurisdiction to redeem the name, image, dignity and honour of our beloved brother and father David Lamptey.


“We intend to pursue this matter with the objective of bringing to light how David Lamptey died by investigating through appropriate channels to uncover the cause of death and eventually prosecute any persons or individuals shown to be responsible whether directly or indirectly in his death,” he said .

He gave birth to his seventh child, with his current wife; Mrs Gifty Lamptey, five years before the marriage.

Gifty brought to the marriage two boys from her previous marriage.

“We want to place on record that throughout David Lamptey's life, he had an excellent relationship with all his children and looked after them very well.  At no point in time did (he) disown any of his children.

“The point being made here is that, the content of the Will purportedly left behind by the Late David Lamptey seems to suggest a fractious relationship between him and the rest of the seven children.”

Mr Lamptey said the alleged Will, therefore, threw breadcrumbs to his children from previous marriages and even forgot the names of some them, their addresses as well as his own property.

“How come Mrs Gifty Lamptey and Dr Kanda, the only two people who kept him tightly secluded during his last days are the two named as executors of the Will?” he asked.

Mr Lamptey said the Will painted a picture of a wicked, mean and inconsiderate father, rather than the loving, generous and caring man that he was until his untimely death.

He said when David Lamptey was alive, he had a reputation for being extra-ordinarily generous, adding: “He gave like there was no tomorrow.  This was a man who single handedly cared and supported financially, several families through giving out houses, cars, paying of school and university fees.”

“As a devoted Christian, he contributed immensely to several churches and pastors both in cash and in kind and in diverse ways assisted the church and improved the lives of many.”

“The irony of the situation we find ourselves is that instead of honouring the memory of our beloved brother and father with perhaps, the establishment of a foundation... we see a calculated attempt to obliterate his name and the legacy that he stood for.

“It is in the light of the forgoing that we the family and the children have decided to take up the matter of the Late David Lamptey's Will and Estate as well as investigate the circumstances surrounding his death in a court of competent jurisdiction, “he stressed.