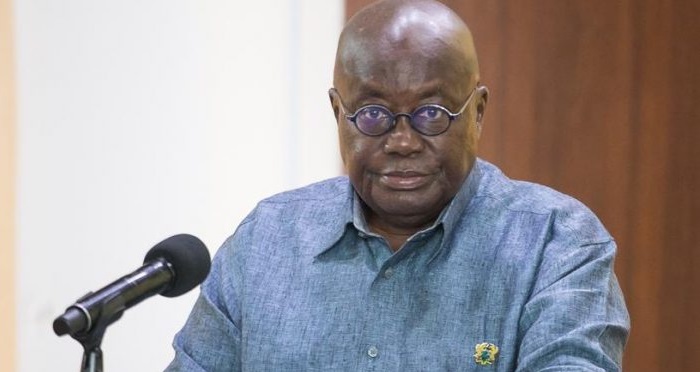 President Nana Addo Dankwa Akufo-Addo is in the United States (US) to attend the US-Africa Leaders’ Summit scheduled to take place from today, December 13, to Thursday, December 15, 2022.

The summit, being hosted by US President, Joe Biden, is expected to be attended by 49 heads of state and governments, a host of other sector ministers and officials of the African Union (AU) and other dignitaries from Africa.

Also expected to be in attendance are leaders and trade experts from Africa who will, among other things, review the African Growth and Opportunity Act (AGOA), the bilateral non-reciprocal trade agreement that expires in 2025.

This summit is a further demonstration of America’s commitment to Africa and will underscore the importance of US-Africa relations and increased cooperation on shared global priorities.

It will also consider the best next step for AGOA, which allows eligible African nations to export about 1,800 items to the US without quota or duties being slapped on them.

Under AGOA, American firms were not expected to export back as an equalisation principle often espoused in international trade.

It is also aimed at promoting food security, respond to the climate crisis, amplify diaspora ties and also promote education and youth leadership.

The President will return to Ghana on Saturday and in his absence, the Vice-President, Alhaji Dr Mahamudu Bawumia, shall, in accordance with Article 60(8) of the Constitution, act in his stead.

As a build-up to the summit, a virtual press briefing was organised by the Office of International Media Engagement, Bureau of Global Public Affairs of the US Department of State.

The Assistant Secretary of State at the Department of State’s Bureau of African Affairs, Molly Phee, and National Security Council Senior Director for African Affairs, Judd Devermont, briefed the media on America’s strategy towards sub-Saharan Africa, the upcoming US-Africa Leaders’ Summit and highlighted the US commitment to the African continent.

Ms Phee said the meeting would, among others, review the AGOA and possible ways to make it more efficient and “we will also need to consider whether or not that programme is continued. Is it continued in its current form? Is it modified in some way?

“A third element we would want to look at is how we can do better to engage with the sort of nascent African Continental Free Trade Area (AfCFTA). Are there ways that we can use AGOA to support the development of the free trade area which holds so much promise for the continent?” the State Bureau of African Affairs Assistant Secretary explained.

The discussion, which she said would be led by US Trade Representative, Katherine Tai, with her trade counterparts from Africa, is expected to be robust, with the African ministers in attendance expected to give their first-hand assessment of what is working, what is not working, and what needs to be done to update the AGOA programme.

Mr Devermont also explained that the policy was a bipartisan issue; thus the US was keen on reviewing it to make it fit for purpose.

“One of the things about Africa policy that I think many of you know is it’s a bipartisan issue, that the initiatives of President Clinton and Bush, Obama and Trump have stayed with us and we are working on everything from Prosper Africa to seeing how we can make it fit for purpose in this year and for the remainder of this administration.

“So I think at the summit you will hear a couple of things from us. One is a commitment to continue the programmes that have been at the bedrock of our policy for many years; two, focus on what things there are that we need to do together for the future; and three, how do we work together so that this is not a summit that lasts for three days and then everyone goes home and forgets about it?

“We are being very deliberate and intentional about what the next steps are after this summit, so that the strength of US relations with Africa continues to grow and deepen,” he added.

On May 18, 2000, the US Congress signed the African Growth and Opportunity Act (AGOA) into law.

AGOA is a trade programme meant to establish stronger commercial ties between the US and sub-Saharan Africa.

The act establishes a preferential trade agreement between the US and selected countries in the sub-Saharan region.

Initially approved for 15 years, AGOA was reauthorised for 10 years on June 25, 2015 by the Obama administration and in its current form, AGOA will last until September 30, 2025.