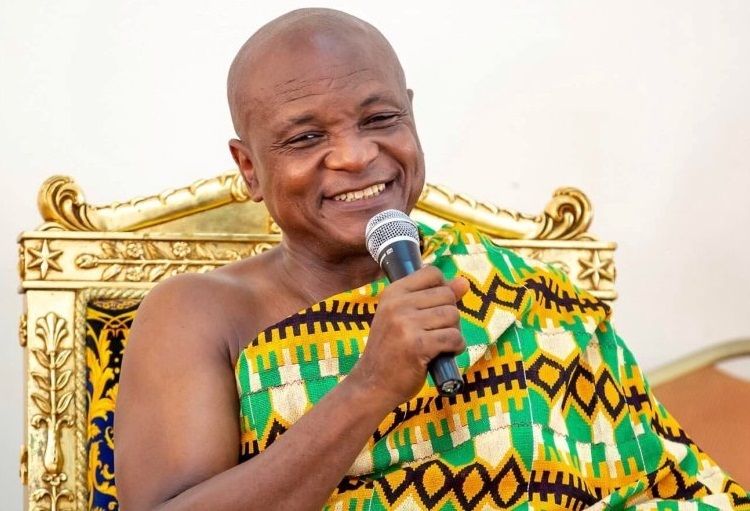 The Agbogbomefia of the Asogli State, Togbe Afede XIV, has called for a review of some aspects of the 1992 Constitution to meet the country’s development aspirations.

He said the amendments should, among others, reduce the powers of the President, modify the indemnity clauses, put caps on the number of ministries, constituencies, among others.

That, he said, would also strengthen the independent constitutional bodies to make them more formidable to promote good governance and development.

Togbe Afede, who is also an investment banker, made the call in a 14-page statement dated December 8 that he issued, titled “Our self-inflicted monumental economic crisis.”

The call by the respected traditional ruler follows similar calls by some prominent citizens and legal luminaries for aspects of the Constitution to be reformed to reflect the exigencies of the time.

The President of the Asogli Traditional Area observed “The excessive powers of the President, for example, and the indemnity clause that ensures that he cannot be held to account, have encouraged reckless abuse of power, and are at the root of corruption in our country.”

“Our President appoints people to thousands of positions and can dismiss them at will, virtually. It is the main reason why many of our institutions are politicised and weak,” he stated.

Togbe Afede noted that the above issues and challenges were the result of the virtual bastardisation of many of the country’s constitutional bodies, saying Parliament, for example, had been very ineffective, while the judiciary has been perceived to be politicised, leading to mistrust.

These, he said, had contributed to the creation of a chaotic and toxic political environment.

“Many have lost faith in the courts, and their ability to ensure justice when rights are trampled upon. And when at the same time Parliament has been weak and toothless, freedom and justice became imperilled, making a complete mockery of our democracy,” he stated.

“Many other institutions have also failed us because they have been weakened by the loss of their independence, with adverse consequences for the nation’s development. The Council of State, Electoral Commission, National Media Commission, Public Services Commission, Commission on Human Rights and Administrative Justice, National Commission on Civic Education, Lands Commission and even the military, the police service and chieftaincy have all become politicised,” he observed.

We can turn it around

Togbe Afede noted that the country had what it would take to turn around the current economic situation that it found itself in, which has brought pain to many of the citizenry.

“The resources needed are right here. We can do it with a bold compelling vision backed by detailed planning, hard work, honesty and genuine support for the private sector,” he said.

This, he said, would require leadership that recognised the need and encouraged the citizens to work together and do things differently. So, we need to reflect on the way we have done things in the past, and try to mobilise and utilise better the resources that we have,” Togbe Afede said.

“It would require leadership that respects the truth, eschews divisiveness and accepts that we have done enough politics, and that it is time we focus on development and the things that bind us together, put the interest of the nation ahead of personal and party interests, and unite to confront our development challenges as one people with a common destiny,” he added.