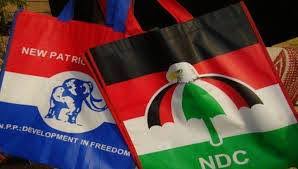 The Governance Research Bureau says per statistical model based on analysis of election results since 1992, President Akufo-Addo, New Patriotic Party presidential candidate for the December 7, 2020 election, has the potential to win in a majority of constituencies in the Central Region.

Dr. Ezekiel Nortey, Resource Person of the Bureau, explained that the party’s estimated average votes in the region over the years has been 463,415 representing 49.66 per cent and the model projects that their votes could be increased to 471,378 votes.

On the NDC’s performance, he said their estimated average votes in the region had been 445,424 representing 47.73 which can increase to 453,730 but still short of their opponent’s average, so they have a herculean task ahead of them.

Dr. Nortey, also Senior Lecturer in Statistics and Actuarial Science at the University of Ghana, Legon, said the party can be assured of victory in the Central Region if they win in their strongholds of Agona East and Ajumako Enyan Essiam, as well as, at least, 10 out of the eleven potential swing constituencies in the Region.

Another Resource Person of the Bureau, Dr. Kwame Asah Asante, who spoke on factors that influence choice of voters, observed that studies had shown that in a number of regions, political parties themselves are key influencers as people wanted to be associated with winning parties and this accounted for the poor performance of independent candidates over the years.

Some of the factors, according to the studies, included preference of voters for God-fearing, honest and experienced candidates, as well as party tradition, he added.

On the unpredictability of results in the swing regions, he attributed it to the existence of different political identities which did not vote in block but responded to campaign messages differently.

Dr. Asante, who is also Senior Lecturer in Political Science at the University of Ghana, Legon, advised voters not to be deceived by campaign propaganda in which celebrities are employed to endorse political parties and candidates because such advertisements conceal more than they reveal.