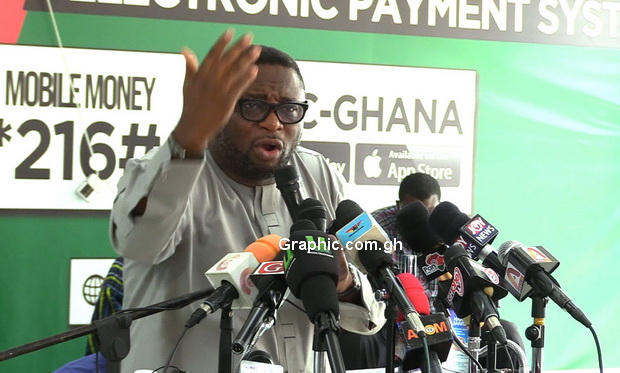 THE National Democratic Congress (NDC) has maintained its position that moves by the Electoral Commission (EC) to exclude the existing voters identification cards from the list of valid documents required for registration of eligible voters in the 2020 general election was unreasonable and unconstitutional.

According to the party, the move, in addition to the insistence of the EC to make the Ghana Card, which registration and issuance process is far from completed, as one of two basic requirements, confirms its allegations that the electoral body was up to no good.

The NDC’s Director of Elections, Mr. Elvis Afriyie Ankrah who made the assertions while addressing a press conference in Accra on Thursday, May 21, said the EC’s position is contrary to its earlier position that the Ghana Card was not going to be used whatsoever in the pending 2020 elections.

“The point has to be made, that the existing voters ID card is the most widely available identification document in Ghana with over 16 million holders and has been upheld by the Supreme Court of Ghana as the best prima facie evidence of voter eligibility in the Abu Ramadan Case. It is the identification document with the strictest, most rigorous and transparent acquisition procedure, and has been used in the compilation of all voter registers since the inception of the Fourth Republic (19196, 2004 & 2012),” he said.

The NDC also described as “a concocted barefaced lie”, claims by officers of the New Patriotic Party (NPP), that political parties were consulted on proposals to amend CI 91 at an IPAC meeting on March 25, 2020.

Elvis Afriyie Ankrah said no such consultations with political parties took place and that claims to the contrary by the NPP cannot be true. He said the matter was neither on the agenda of the said IPAC meeting nor was it captured in the meeting in the records of the said meeting as having been discussed.

The NDC maintained that registration requirements provided under the proposed CI which has been laid in Parliament to govern what it said was “the needless, illogical and wasteful new voter registration exercise”, are too narrow and wholly inadequate for purposes of identifying the about 18 million eligible voters.

He explained that there are less than two million Ghanaian passport holders who are 18 years and above, while only about 6.5 million holders of the Ghana Card are 18 years and above. “This is part of the grand conspiracy between the EC, NIA and the NPP to disenfranchise over 10 million eligible voters, mostly in NDC strongholds.”

Elvis Afriyie Ankrah maintained that in many places held to be strongholds of the NDC, only three to five percent of those enrolled onto the National Identification Authority registration have been issued with the Ghana Card, a situation he said explains why the party believes there is a rigging ploy in place to hand the government and President Akufo-Addo victory in the 2020 elections.