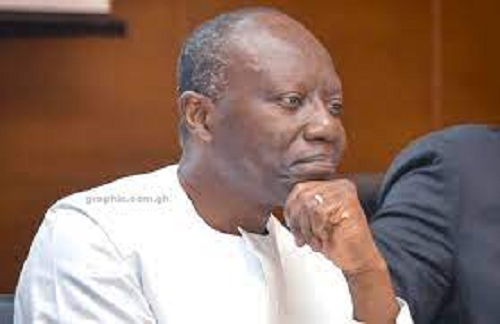 He explained that the IMF’s loyalty was to its main sponsors and multinational corporations for whom it endeavoured to create the right environment to enable them to accumulate profits globally without state restrictions.

“It presents a façade of assisting the client country to maintain general fi nancial discipline, restore balance of payments equilibrium and solve the debt crisis through debt rescheduling and more loans,” he said.

Dr Adam was speaking at a public forum organised by Arise Ghana, a pressure group, on the theme: “Ghana’s socio-economic outlook, the prospects of an IMF programme” last Wednesday. It was attended by some students from the University of Ghana, Accra Technical University and the Ghana Institute of Management and Public Administration (GIMPA), as well as the Kwame Nkrumah University of Science and Technology (KNUST).

He stated that the unstated objective of the IMF was to enforce an international division of labour in which the industrialised capitalist countries monopolised manufacturing, technology and fi nance capital, while developing countries were pinned down to primary agricultural production to serve as an enclave for the extraction of raw materials.

“This is done through lower prices for Africa’s exports, higher prices for our imports from the advanced industrialised countries, high interest rate payments and other strategies,” he explained.

For his part, the Managing Editor of the Insight newspaper, Kwesi Pratt Jr, said there were no prospects in the country’s agenda of going to the IMF for a bailout. “There is no country in the world that has gone to the IMF and has managed to solve its economic problems,” he added.

He, therefore, urged the government to fundamentally restructure the economy in a manner that ensured the people could produce their own necessities in order to solve the country’s problems The National Democratic Congress (NDC) Member of Parliament for Bolgatanga Central, Isaac Adongo, said there was the need for institutional and structural reforms to sustain the growth of the economy.

“When we look at the trajectory of our economic paradigm, we have always had growth but we have been unable to sustain it,” he said. He, therefore, called for institutional reforms which would strengthen Parliament’s oversight responsibility to protect the interest of the people and sustain economic growth.