I'm not ‘vindictive', new NPP Gen Sec Kodua on how he has forgiven 15 Regional chairmen who opposed him 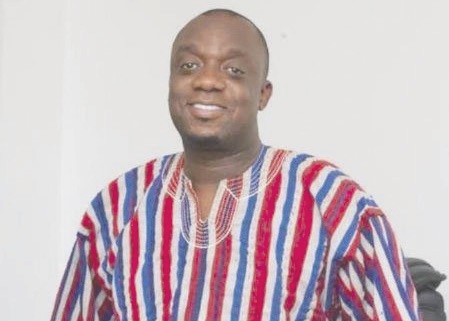 I'm not ‘vindictive', new NPP Gen Sec Kodua on how he has forgiven 15 Regional chairmen who opposed him Follow @Graphicgh

With the exception of one regional chairman, 15 regional chairpersons of the New Patriotic Party (NPP) openly campaigned against the candidacy of Justin Frimpong Kodua as General Secretary of the NPP.

But in his first public reaction to that position by the 15 regional chairmen after he defeated incumbent John Boadu, Justin Kodua has said he is not “vindictive:’

I have therefore forgiven all those who openly campaigned against me since it is not possible to get all people to support you in an election.

He said all those declarations were part of the politics and therefore he cannot single out those who opposed him since it will be detrimental to his administration if he decides to go on that tangent.

He said the trust reposed in him with his election as General Secretary for the next four years was indicative that he needed to have a forgiving heart and will not allow himself to be engulfed in matters that will not be progressive for the NPP.

“I need them [regional chairmen] more than they need me to be able to have a successful administration.”

He equally apologised if he may have said something that may have slighted some party members during the campaign and asked for forgiveness.

Led by the Ashanti Regional Chairman, Bernard Antwi Boasiako, popularly known as Chairman Wontumi, 15 regional chairmen of the party with the exception of the Central Regional Chairman, Robert Kutin, they openly declared their support for a John Boadu re-election and urged party delegates to do same.

But after Saturday’s election, Kodua won with 43 percent as against Boadu’s 42 percent.

I'm not ‘vindictive', new NPP Gen Sec Kodua on how he has forgiven 15 Regional chairmen who opposed him https://t.co/4ChnqDdGYC pic.twitter.com/Ig0OcTFKa3

In a radio interview on Accra based Oman FM, Monday morning [July 18, 2022], monitored by Graphic Online, Kodua said he has already met with Chairman Wontumi on Sunday, together with some of the said 15 chairmen and they have had discussions about how they are going to work together.

Asked about the strategy he used to defeat John Boadu, who was tipped to retain the position, Kodua said the election was over and therefore campaign has ended and therefore he will not talk about that.

The job has already started for me and I have already had a meeting with our new chairman, Stephen Ntim as well, he said.