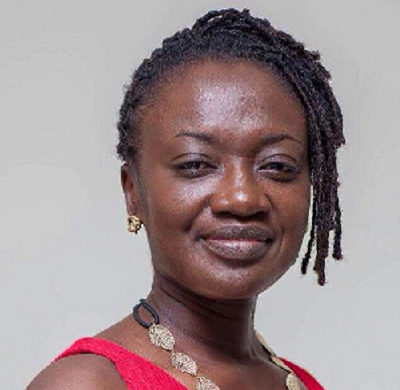 The Concern Group of Juaben, a predominantly youthful outfit with links to the New Patriotic Party (NPP), has commended the Member of Parliament for Juaben, Ms Ama Pomaa Boateng, for spearheading the construction of a public square grounds in the municipality.

The project formed part of projects being undertaken by the Middle Belt Authority (MBA) under the One-constituency, One-million programme.

The Public Square will serve as a community centre for public functions with a seating capacity of over 1,000, a very,very important people’s (VVIP’s) lounge and a conference hall.

The group commended the MP, who is also the Deputy Minister of Communications and Digitlisation, and the Omanhene for Juaben, Nana Otuo Siriboe II, for lobbying for the project for the community.

The spokesperson of the group, Mr  George Kodie, told the Daily Graphic, that hitherto, the people of Juaben had to mount canopies at lorry parks whenever there was a public function.

He said more often than not, these public functions were disrupted by vehicles blaring their horns and said with the completion of the project,  “the people of Juaben would have a more comfortable and convenient place for their public events.”

The project, is expected to be named after Prof. Albert Adu Boahen, one of the stalwarts of the NPP and a native of Juaben.

For his part, the Juaben Constituency NPP Youth Organiser,  Alhaji Mohammed Ampratwum, popularly known as Alhaji Babs, was grateful to the President for instituting the One-million, One-constituency initiative which, he said, enabled the people of Juaben to benefit from such a befitting centre.

“Now we also have a venue that easily can also host national as well as regional and municipal activities,” he said.

According to Alhaji Babs, it was fitting to name the square after one of the giants of the NPP,  Prof. Adu Boahen, for his lifetime commitment to education and free speech in Ghana.

The NPP executive thanked the people of Juaben for retaining Ms Pomaa for a third term in office as an MP thus enabling her to be appointed as a deputy minister.