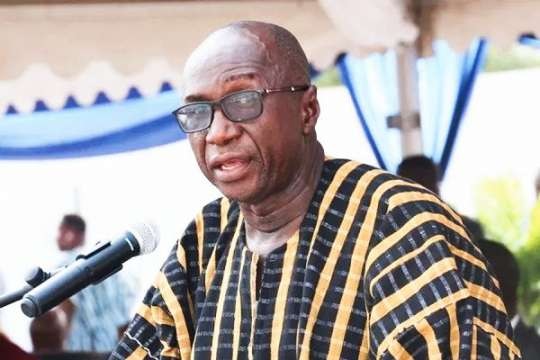 The Minister for the Interior, Mr Ambrose Dery, has stated that the government has no intention of moving officers of the Ghana Prisons Service and other security services under the ministry from the Cap 30 pension scheme.

His statement comes on the back of media reports that the government had approved plans to migrate some security services on the Cap 30 salary scheme to the Social Security and National Insurance Trust (SSNIT) pension scheme.

The minister stated that those reports were unfounded as the Ministry of Employment and Labour Relations had taken steps to maintain these security services on the scheme and ensure that same was recognised by law.

Mr Dery gave the assurance at an End-of-Year Senior Officers’ Dinner Dance at the Senior Officers’ Mess at the Prisons Headquarters in Accra. The programme, held last Friday brought together senior prison officers across prison facilities within Accra to fraternise and relieve themselves of stress.

Addressing officers at the programme, Mr Dery commended the Ghana Prisons Service for the relative peace enjoyed across the country’s prisons over the past year and encouraged them to work even harder in the current year.

“It is my delight to mention at this juncture that no security mishap was registered in any of our prison facilities throughout the 2019 operational year even in the face of logistical challenges due to the dedication and professionalism of prison staff”, he said.

Mr Dery implored prison staff to collaborate with other sister security services to ensure peace before, during and after the 2020 general election.

He gave the assurance that, as much as the government was bent on making Ghana’s prisons real centres of rehabilitation, a lot was being done to improve on issues pertaining to officers’ welfare.

He mentioned in particular the rationalisation of the ranking system of the service in alignment with that of other security agencies in the ministry, especially the Police Service.

The minister also stated that the “government is well informed of the logistical constraints, especially vehicles and operational equipment, you are confronted with and will adequately support the service in addressing them”, he assured.

The Director-General of Prisons, Mr Patrick Darko Missah, for his part, was grateful to the government and the Prisons Service Council for the support it enjoyed during the past year, particularly in the area of recruitment.

He, however, appealed for a lot more to be done in the area of budgetary allocations and logistics to enable the service to perform its core mandates more effectively.

He was also thankful to the Church of Pentecost for committing resources for the construction of five Camp Prisons to ease congestion in Ghana’s prisons.

Mr Missah appealed to corporate bodies, philanthropists and faith based organisations to complement the efforts of the Ghana Prisons Service by setting up or improving on trade-training workshops, renovate dilapidated facilities and build new structures, which would present environments capable of supporting reformation and rehabilitation programmes.