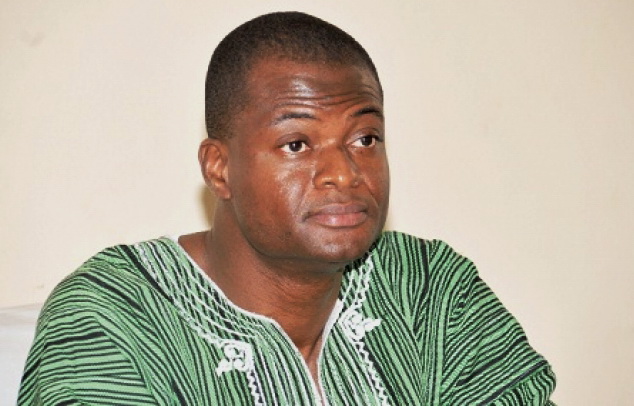 The Dean of the University of Ghana School of Law, Professor Raymond A. Atuguba, has called on African governments to increase their investment in the exploration of natural resources.

He said such investment could position them to increase their percentage share of the natural resources from 10 per cent to a minimum of 50 per cent.

That, he added, would empower them to assume control of the governance of their natural resources and spell out proper rules for generating and distributing them.

“This is because the space of governing our resources has been taken over by the private sector, which now institutes rules which we must now obey.

“Exploitation is a horrible thing, and as long as we retain a policy for exploiting our natural resources, we should forget about much good coming out of it,” he said.

He said this in a comment on a presentation by Prof. Abdul-Gafaru Abdulai of the University of Ghana Business School on the topic: “The politics and political economy of natural resource governance: Why do some countries succeed in using natural resources to reduce poverty and inequalities and others do not?”

The three-day event, being attended by representatives from civil society organisations (CSOs), academia and the government, is jointly organised by the Integrated Social Development Centre (ISODEC), the National Development Planning Commission and other partners.

Prof. Atuguba called on CSOs and non-governmental organisations (NGOs) to be more interested in how resources of the countries in which they operated were governed.

He said for many CSOs and NGOs, governance had largely meant a focus on elections every four to six years, anti-corruption and why politicians should be jailed after they had left office.
Such orientation, he said, was not the best when 30 per cent of the waste in Africa was attributed to corruption.

“So if these NGOs just forgot about corruption and focus on the 70 per cent of waste, intuitively, they will likely be getting better results.

“Of all the illicit financial flows that go out, five per cent is due to corruption; so we leave the 95 per cent that is being done legally through mechanisms such as tax avoidance and focus on the five per cent that politicians have taken,” Prof. Atuguba noted.

He, therefore, called for a complete reorientation of how natural resources were exploited or governed, adding that it was time the private sector was stopped from taking over the governance of natural resources.

In his view, whenever there was a bill on mining in Nigeria or Ghana, the real people who determined what went into it were not CSOs but the multinational companies.

“If you look at flight manifest, the number of experts they fly in from all over the world when the bill is being debated and the millions of dollars they spend on it, you will realise that they are the real people who are determining the governance of natural resources and not us,” Prof. Atugubah said.

“Because the space of governing African countries’ natural resources has been taken over by the private sector, the sector now institutes rules which we must now obey,” he added.
Prof. Atuguba wondered why foreign entities which incurred no expenses in the discovery of a natural resource could take 90 per cent of the resource share when the country which owned it retained only 10 per cent.

The West African Regional Director of the Ford Foundation, a non-profit organisation, Dr Chichi Aniagolu-Okoye, said although Africa was endowed with abundant natural resources, the exploitation of those resources had not benefited the people.

She said the exploitation of the continent’s resources, which was started during the colonial days, had contributed to the degradation of the environment.

“How do we ensure that the resources that we have as a people work for us in a way that reduces inequality?” she asked.

In his welcome address, the Chief Policy Analyst of the NDPC, Dr Winfred Nelson, said due to the challenges associated with natural resource management, the government sought to partner NGOs, the private sector, CSOs and international organisations to ensure that the country got the best out of its resources.

“There are issues of inequalities and there are several factors leading to these inequalities, but what is critical is how natural resources are leveraged to reduce those inequalities,” he said.