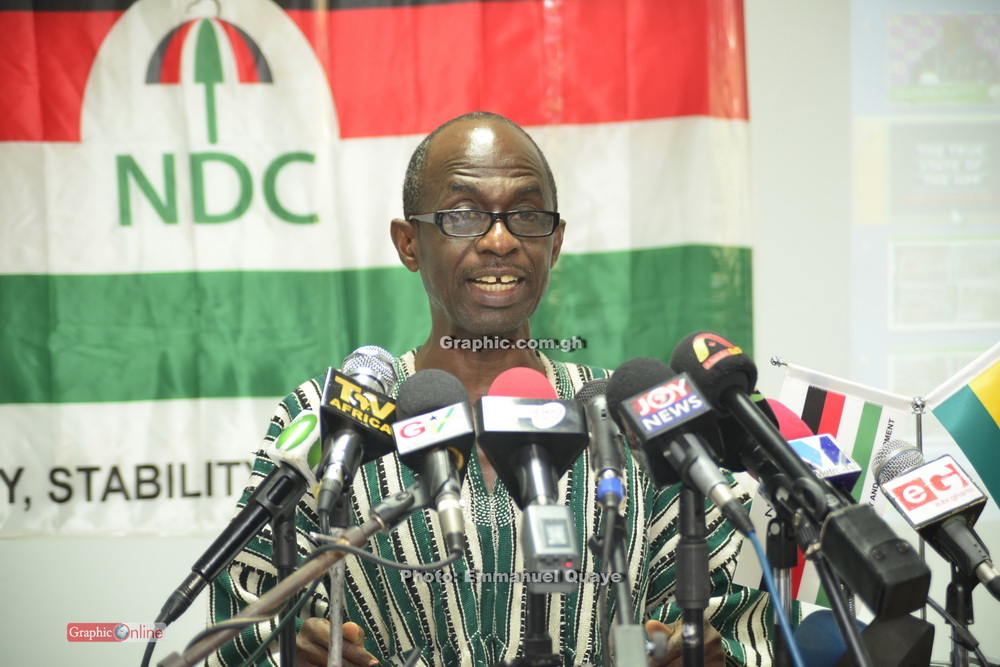 Barely 24 hours after expelling its former Central Regional Chairman, Mr Bernard Allotey Jacobs, on grounds of “misconduct and anti-party conduct”, the National Democratic Congress (NDC) has suspended a second member of the party in the Binduri Constituency, Mr Stephen Atubiga, for some disparaging comments he made about Professor Joshua Alabi and the party.

The party, apparently on a warpath against internal indiscipline, said Mr Atubiga had failed to apologise to Professor Alabi although he had agreed at a meeting to issue an unqualified apology.

The party had earlier on February 8 this year announced the suspension of a former Deputy General Secretary of the party, Mr Samuel Koku Anyidoho, based on two petitions filed by two registered members of the NDC.

Speaking to the issues in an interview with the Daily Graphic, the NDC’s General Secretary, Mr Johnson Asiedu Nketiah, said the party was determined to clampdown on internal indiscipline.

He explained that although political party activities were about numbers, it was better to have few good numbers whose activities would impact positively on the party than to have fifth columnists who hurt the party’s good.

In all of this, Mr Nketiah said the party was mindful to employ due process to give all such persons the opportunity to clear themselves before the party’s disciplinary committee.

He cited, for instance, that although Mr Allotey Jacobs had announced his resignation from the party, it did not stop the party from going through the process to make him face the disciplinary committee.

Mr Nketiah said facing the disciplinary committee did not necessarily mean the ultimate punishment would be expulsion.

He explained that among other sanctions, there were the options to caution, fine, impose a ban from holding office, and expel culpable party members depending on the severity of the offence and findings, as well as recommendations of the disciplinary committee.

Last Tuesday, the NDC announced the expulsion of Mr Allotey Jacobs from the party upon the recommendations of the party’s Functional Executive Committee (FEC) for “misconduct and anti-party conduct”, which, it said, was pursuant to Article 48 (1) and 8 (b) of the party’s constitution.

“However, recent publications on social media attributed to you on March 8, March 12, and March 14, among others, denigrating the party and individuals in the party indicate that you are not only in breach of your own promise, and hence not reliable, but you are further denting the image of the party contrary to Article 47 (1) (a, b) of the party’s constitution,” it said.

It urged him to cooperate with the disciplinary committee “for an expeditious determination of your case”.