Amidu's public letter on Agyapa was unfair – Ofori-Atta at vetting 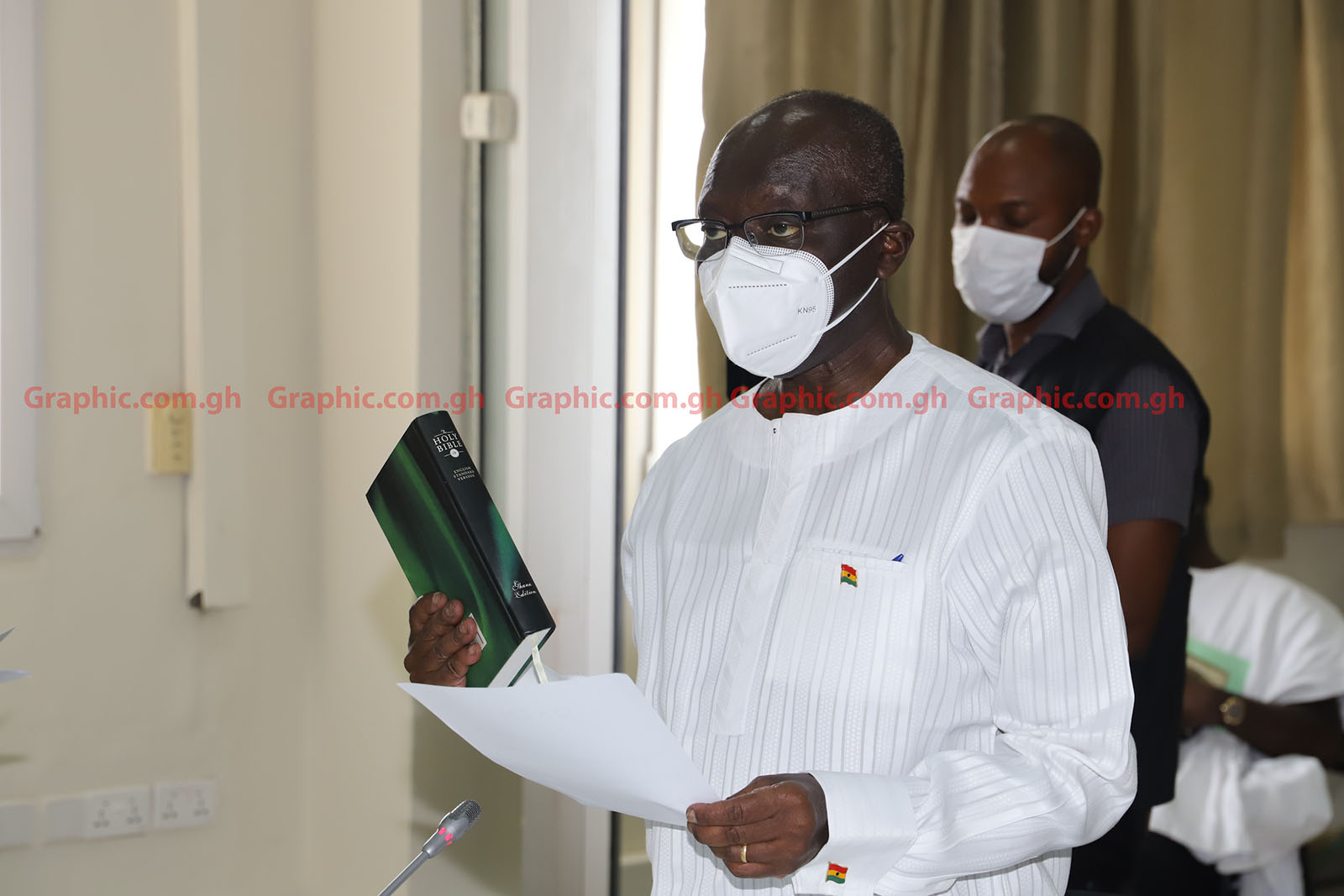 The Minister designate for Finance, Mr Ken Ofori-Atta says it was unfair that the former Special Prosecutor, Mr Martin Amidu in a report on the Agyapa deal did not include his input, as the sector Minister.

Appearing before the Appointments Committee of Parliament on Thursday, Mr Ofori-Atta expressed concern that his opinion was not captured before Mr Amidu;s reporter went public.

He was responding to a question by the Minority Leader in Parliament, Mr Haruna Iddrisu when he appeared before the Appointments Committee for vetting as the Minister of Finance in President Akufo-Addo's second term in office.

He has been re-nominated for the same Finance portfolio and going through Parliamentary approval as required by law.

Mr Ofori-Atta said the development in the Agyapa issue with how the Special Prosecutor concluded his report without his [Ofori Atta's] was not in the interest of Ghana’s democracy.

“It was quite a bit of cynicism with the transaction and for me, for the House, for such a report to be put out to the public without us, myself as Minister of Finance having a chance to discuss it, I think it’s a disservice to our democracy”.

“A fundamental right that I think we all as a people should be careful about such things and so the speculative issues and the risk associated with most transactions, discussions we are re-submitting to Parliament would enable us to work those things out,” he insisted.

Finance Ministry did not break any law

Mr Ofori-Atta insisted at the vetting that they did not flout any law.

“I do not feel that we broke any rule,” he said.

He was of the view that the Attorney General would “be able to give you a fair assessment of that”.

For him, “such conjectures, you know, are inimical to growth, and it does not help the kind of freedom of policy orientation, and innovation that was required for this country to grow”.

He explained that for Ghana to be the largest exporter of gold in Africa, something different must be done within the remit of the Constitution to utilise resources to the benefit of citizens.

“That is why we are resubmitting to find out the claims but I think the philosophy of trying to get more equity, trying to leverage our resources, is something that we should all consider, and know that it’s important for us to transform”.