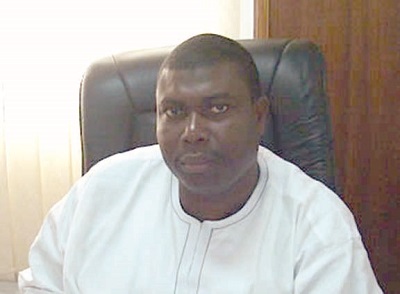 A total of 354,708 delegates are expected to cast their votes to elect new constituency executives for the National Democratic Congress (NDC) in the nationwide constituency polls today and tomorrow (October22-23, 2022).

The NDC Deputy Director of Elections, Daniel Amartey Mensah, who made this known to the Daily Graphic, however, said the party had put on hold elections in some constituencies due to disputes over delegates list while the others were due to raging disputes over the qualification of candidates.

He however said the constituency elections would go ahead across the country with the exception of some limited branches.

In the Greater Accra Region the constituencies that have issues are Shai Osudoku, Ningo Prampram and Ledzekuku (branch issues), Bortianor -Ngleshie – Amanfro (14 branches) while the Ayawaso North, and Amasaman (on hold) with that of Adentan being youth elections on hold.
Mr Mensah said “Failure to strictly adhere to this directive will render any election illegal, hence a nullity, and the appropriate sanctions will be applied to any person found culpable”

Aside from that, Mr Mensah said all was set for the constituency elections across the country and urged all delegates to turn up at their various constituency conference centres with their voter identification cards and NDC membership cards in order to vote.

Mr Mensah, on behalf of the national elections directorate, advised all members, delegates and officials of the party as well as candidates and Election Committees to strictly abide by the guidelines for the smooth conduct of the polls in a free, fair, transparent and peaceful manner.

The polls will take place across the country including the Santrokofi Akpafu Likpe and Lolobi (SALL) areas in the Oti Region, which does not have a representation in Parliament in constituencies where the party has sitting Members of Parliament (MPs) and those without NDC MPs referred to as ‘orphaned’ constituencies in the local political parlance.

A total of 11,825 candidates are to compete for the constituency executive positions and will slug it out for 7,728 positions in the constituencies where the elections will be held aside from those that have been put on hold.
Some of the positions to be contested are the chairman, vice chairman, secretary, deputy secretary, organiser. deputy organiser, communications officer and deputy communications officer.

The constituency elections follow the completion of branch elections, the base of the party’s structure which saw the election of officers across all 29,000 branches of the party in the country.