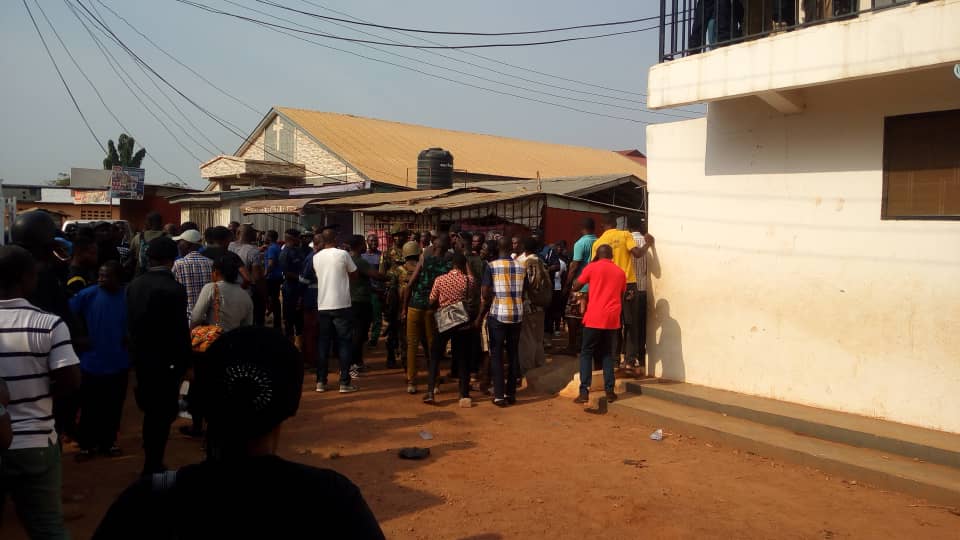 At least five people sustained gunshot wounds and have been rushed to the hospital when some unknown gunmen invaded the Bawleshie residence of the National Democratic Congress (NDC) candidate, Mr Kwasi Delali Berempong in the Ayawaso West Wuogon by-election on Thursday morning.

Some of the victims are said to have sustained injuries at the neck, arm and back.

The gunmen, believed to be members of Invisible Forces, a political vigilante group, shot sporadically, leaving residents to run for their lives.

The masked gunmen allegedly appeared in military uniform and started shooting at the scores of people who had gathered at Mr Brempong's residence.

Graphic Online reporters at the scene saw two bullet shells and blood stains outside the residence where some irate persons were being calmed by the Police.

A number of police vehicles were brought to pick the injured persons to the hospital.

No arrests have been effected yet.

Mr Brempong was not around at the time of the incident.

However, when he arrived at the scene after the shootings, he expressed displeasure about the incident.

The visible infuriated parliamentary aspirant could not fathom why anyone could go to the extent of shooting people because of a by-election.

"I am here. I am the one on the ballot paper so they should come and shoot me rather than the supporters,” he vented out his anger.

Meanwhile, the National Chairman if the NDC, Mr Samuel Ofosu Ampofo, and other party bigwigs have arrived at the residence of Mr Brempong.