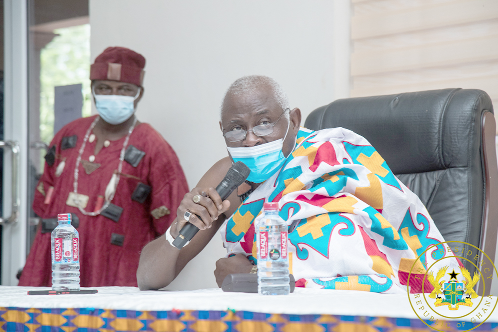 The Greater Accra Regional House of Chiefs has condemned ongoing rioting and violence related to the 2020 general election.

It said the electoral process was governed by laws and that disagreements with any aspect of the process must be addressed and resolved using the appropriate procedures prescribed by the law, and not violence.

“We are, therefore, dismayed at the events that unfolded before and after the declaration of the results by the Electoral Commission,“ it said in a statement signed by its President Nii Okwei Kinka Dowuona VI.

“We believe that these events will undermine the fundamental peace and freedom on which our country is founded and that which we all currently enjoy,” it stated.

The statement said the 2020 general election had been hailed as a success by observers and that such acts did not augur well for the peace and unity.

It said such acts could stoke disunity, division and hatred— traits that must not be encouraged.

“Ghana has earned the respect and admiration of many other nations due to the peaceful and lawful manner in which a previous election dispute was resolved. We, therefore, not only condemn these acts of violence and criminality but request that all well-meaning Ghanaian people who love this great nation should desist from engaging in them,” it said.

The statement said it was the collective responsibility of Ghanaians to ensure that the country remained peaceful and continued to be a beacon of hope in Africa.

“Ghana is our only home so let us work together to ensure that, in the words of our national anthem, Ghana remains great and strong,” it said. — GNA