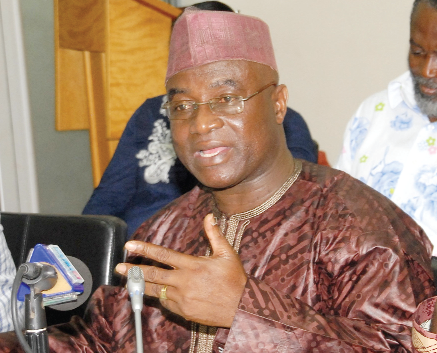 The Majority Leader in Parliament, Mr Osei Kyei-Mensah-Bonsu, has advised Members of Parliament to beef up their personal security from now till the swearing-in of the new Parliament on January 7, 2021.

He said it was important for members to make the necessary security arrangement via the security outfit of the House for their personal protection.

“Though there are rumours and whispers inundating our space, I don’t believe in rumours but you will never know what somebody is thinking; people these days are becoming very devilish.”

The Majority Leader gave the advice during the presentation of the Business Statement for the seventh week ending Tuesday, December 22, 2020.

Mr Kyei-Mensah-Bonsu said the House was scheduled to sit on Monday, December 21, 2020. Sittings of the House may be extended beyond 2:00 p.m. as stipulated in Order 40(2). This is to enable the completion of scheduled business for each day of the week under consideration.

He said the House was expected to break for the Christmas holidays on Tuesday, December 22, 2020 and reconvene on Monday, January 4, 2021 to wind up business of the Seventh Parliament.

Earlier this week, the National Democratic Congress (NDC) demanded police protection for its elected Members of Parliament (MP) following recent attacks on some of them.

The Member of Parliament-elect for the Keta Constituency, Kwame Dzudzorli Gakpey, was attacked and assaulted by some gun-wielding men at his residence at Afiadenyigba in the Volta Region.

The Member of Parliament-elect for the Jomoro Constituency in the Western Region, Dorcas Toffey, is also reported to have been assaulted in her residence, resulting in her hospitalisation and injuries to members of her household.

In a statement signed by the party’s Director of Communications, Kakra Essamuah, the NDC condemned “in the strongest possible terms the violent attacks against the party Members of Parliament (MP) for the Keta and Jomoro constituencies following the respective victories in the recently conducted general election.

The party further accused the New Patriotic Party (NPP) of orchestrating the attacks.

“This was clearly designed to cause severe injury to her in the expectation that she may not be able to take her seat at the time of swearing-in, thus enabling the NPP to claim majority status and empower them to select the Speaker of Parliament.”

The party consequently demanded “that all our Members of Parliament elect be provided with adequate security by the Inspector General of the Ghana Police Service.”

“Additionally, we call on the Individual NDC MPs to take the necessary measures to boost their personal security, just as we strongly urge the party in the affected constituencies to offer assistance towards achieving maximum security for all NDC MPs elect.”

The party also called on President Akufo-Addo “to restrain the hoodlums from his party who from the registration period and throughout the elections, have committed acts of vandalism and violence against NDC Members and supporters that soil the image of our dear country.