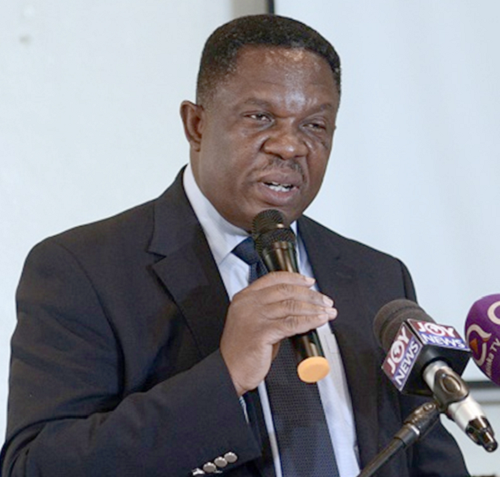 The Christian Council of Ghana (CCG) has called on stakeholders in the ensuing post-election confusion to put the country's interest above other considerations.

It urged the stakeholders to also work to collectively resolve all outstanding issues regarding the 2020 presidential and parliamentary elections.

The council said taking entrenched positions had the potential to plunge the country into chaos and leave a dark spot on the democratic process.

The General Secretary of the CCG, Rev. Dr Cyril Fayose, told the Daily Graphic last Wednesday that the council had gone far with the processes to engage the major stakeholders in the electoral dispute, including the Electoral Commission (EC), the New Patriotic Party (NPP) and the National Democratic Congress (NDC) on best ways to handle the issue.

"Our secretariat is making arrangements for the engagements. We would sit with the various sides and put our view across to them because we believe there should be a way to resolve the issues so that we can move on as a country," he said.

The EC has since gazetted the declaration.

The NDC, however, rejected the results, claiming that the election figures put out by the EC were flawed and fictitious.

Many groups, including a coalition of 16 civil society organisations (CSOs), religious organisations and governance institutions have called on aggrieved parties to settle issues using the laid down procedure.

Responding to a question put to him on what the CCG made of the call for independent auditing of the pink sheets, Dr Fayose said to the extent that such a move could put the issues to rest, it was a welcomed move.

"Both the call for auditing the collation process and the directive for aggrieved parties to go to court are in place. We can look at auditing the pink sheets so that if that process fails, they can go to court," he said.

He stressed that in both options, it was important for the stakeholders to keep the peace of the country in mind.

Dr Fayose also asked the security agencies to be professional in handling supporters of political parties who engage in protest over the election results.

Meanwhile, in a statement issued last Tuesday, the CCG said it was deeply concerned about tension in the country following the declaration of the presidential results by the EC.

The statement which was jointly signed by the Chairman of the Council, Most Rev. Dr Paul Kwabena Boafo and Rev. Dr Fayose, said the CCG had identified key areas that ought to be watched carefully to ensure lasting peace in the country.

"We are concerned also about the government silence on the unfortunate deaths that took place in certain constituencies during the elections.

"We admonish the government to ensure the investigation of the killings and bring the culprits to book," the CCG added.

The council further urged the leadership of the NDC and the NPP to restrain their members from engaging in excesses that could derail the peace of the country.

"We admonish Christian politicians to ensure that they bring their faith values of love and peace to bear and uphold the name of Jesus Christ who is the Prince of Peace," it said.

The council also called on Ghanaians to remain calm and join in offering prayers for peace for the country.