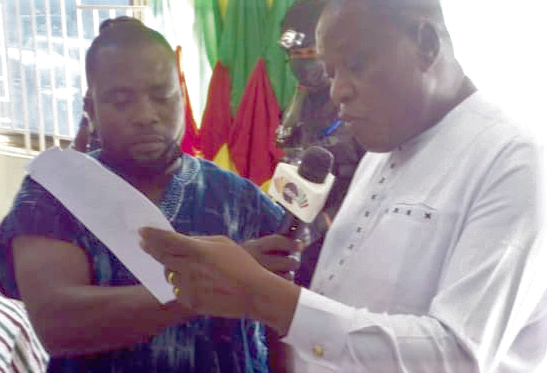 The nominees for the positions of Municipal and District Chief Executive (M/DCE) for the Nanumba North Municipal (Bimbilla), Tatale/Sanguli, Saboba and Nanton District Assemblies in the Northern Region have been confirmed by members of their respective municipal and district assemblies to begin their work.

At Bimbilla, the capital of the Nanumba North municipality, Mr Abdulai Yakubu, who was retained by the President for a second term, received an overwhelming endorsement from the 59 assembly members present, out of the 60. One was absent.

At Tatale, the capital of the Tatale/Sanguli District, Mr James Cecil Yanwube also received a 100 per cent endorsement from the assembly members.

At Saboba, Mr George Bingrini who was also retained by the President for a second term had 34 of the 37-member district assembly voting YES to confirm him while three voted NO at the meeting held in Saboba.

At Nanton, Mr Abdulai Murtada, a new entrant, had an overwhelming endorsement as all the 27 assembly members voted to confirm him as the new DCE for the area on Monday, September 27, 2021

This brings the total number of Metropolitan, Municipal and District Chief Executives (MMDCEs) who have so far been confirmed to five out of the 16 nominees for the region since the confirmation process began last Friday, September 24, 2021.

The MCE for Gushegu, Mr Robert Yaja Dawuni, was the first to be confirmed when the process began last Friday, with the latest being Mr Yakubu, the MCE for Nanumba North, and Mr Yanwube, DCE for Tatale/Sanguli, after that of Mr Murtada, DCE for Nanton, and Mr Bingrini, DCE for Saboba.

Nominees
Messrs Yakubu, MCE for Nanumba North;, Yanwube, DCE for Tatale/Sanguli; Bingrini, DCE for Saboba, and Murtada, DCE for Nanton, at their separate confirmation thanked the President for the nomination and the assembly members of their respective assemblies for endorsing their candidature to serve the people.

They pledged to work hard to justify the confidence reposed in them by the President and their assembly members.

They further called for cooperation from the assembly members and staff of their respective assemblies to speed up the development process of their areas of jurisdictions.