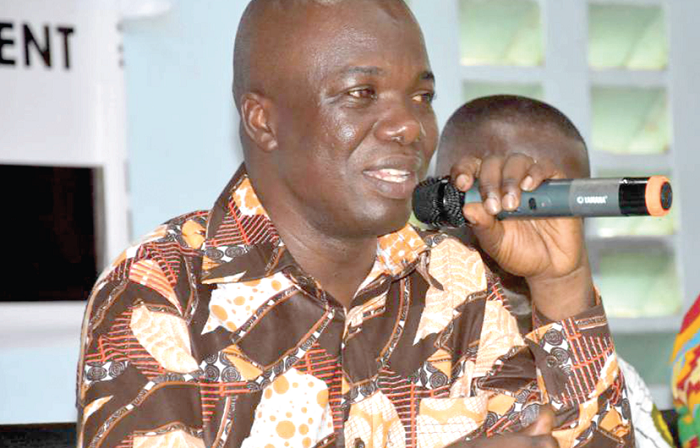 The Lower Manya Krobo Municipal Assembly has retained the President’s nominee, Mr Simon Kweku Tetteh, as the Municipal Chief Executive (MCE) for the municipality for another four-year term of office.

Forty-two assembly members out of 43 endorsed Mr Tetteh with one spoilt ballot.

In an acceptance speech, Mr Tetteh expressed his profound gratitude to the assembly members for the trust reposed in him to serve the municipality for another term.

“The task ahead is all inclusive and we can’t leave anyone out. The development of this municipality to the status we all desire wouldn’t be successful if I don’t get support and full cooperation from you, the entire assembly,” he said.

He promised to work with every member of the assembly devoid of political affiliation in the municipality in order to bring development to the area. To achieve that feat, he said he together with the entire assembly was going to ensure public safety and security to improve upon the infrastructure developments, strengthen the assembly’s sub-structures, strengthen revenue mobilisation and ensure transparency and accountability in the execution of plans to resolve challenges impeding the growth of the municipality.

The assembly also elected a 43-year-old teacher, Mr Winfred Ayerh Kofi Zhando, as the new Presiding Member of the assembly.

He replaced the former PM, Mr Benjamin Mensah Awulley, who passed on some few weeks ago.

Mr Zhando, in his acceptance speech, entreated the members of the assembly to extend the cordial relationship that existed between the assembly and the former PM to him in order to make the work easier to achieve the target the assembly had set.

In another development, the Yilo Krobo Municipal Assembly had also endorsed Mr Eric Tetteh, the President’s nominee for the assembly. He was overwhelmingly endorsed with all the 62 assembly members present and voted.

The Presiding Member, Mr Robert Agede, assured him of the assembly’s commitment to support him to succeed.

The Eastern Regional Minister, Mr Seth Kwame Acheampong, was full of gratitude to the assemblies for retaining the President’s nominee, Mr Tetteh to continue with his good work.

He promised that the Lower Manya Krobo Municipal Assembly and that of Yilo Krobo would get their share of development projects, including those of non-governmental organisations (NGOs).