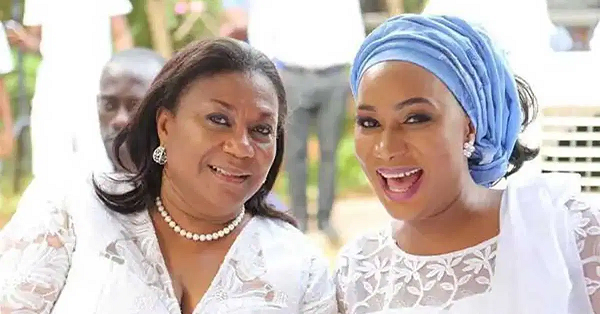 First Lady, Mrs Rebecca Akufo-Addo has returned to the state, an amount of GH¢899,097.84 (Eight Hundred and Ninety Nine Thousand and Ninety Seven cedis, Eighty Four pesewas), being the full refund of allowances paid her since 7th January, 2017.

She issued a Consolidated Bank Ghana Limited cheque with number 000002 for the amount.

The refund follows her rejection of proposed allocated salaries approved by Parliament, which has since generated controversy and engendered public debates over the propriety to consider salaries and other emoluments for presidential spouses in consonance with Article 71 office holders.

Second Lady Samira Bawumia has similarly rejected the proposal by the Ntiamoa-Baidu committee and served notice to refund same.

The office of the First Lady in a letter dated Tuesday, July 13, 2021, and addressed to the Chief of Staff and seen by Graphic Online announcing the refund of her allowances, said she remains committed to her role as the First Lady and devoted to her charity work of championing the wellbeing of women and children.

Below is the letter from the Office of the First Lady announcing the refund. 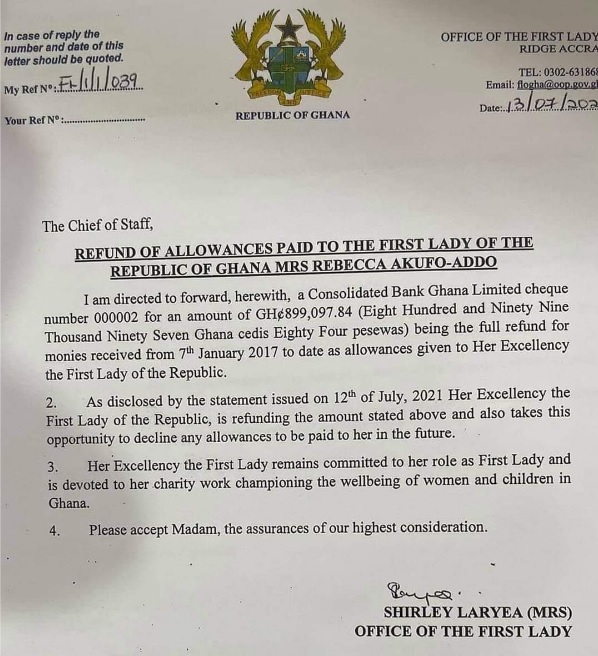