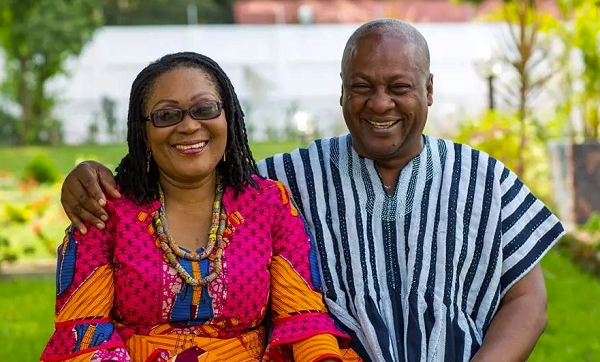 Former President John Dramani Mahama has rejected the payment of monthly salaries to the spouses of the President and Vice President of the Republic of Ghana, describing the recommendation as "inappropriate" and its approval as "unfortunate".

Mr Mahama also noted that the activities of the First and Second Ladies are funded by the Office of the President to enable them fulfil “the roles that our modern democracies expect them to play, such as empowering women, girlchild education, reproductive health issues, teenage pregnancy, assistance to widows, fighting early marriage, preventing mother to child transmission of HIV, STEM for girls...”

The former President also questioned the decision of the Ntiamoa-Baidu Committee to recommend the payment of monthly salaries pegged at the level of a Cabinet Minister to both the First Lady and wife of the VP, asking, “and why did Parliament also approve this recommendation without a review?”

Mr Mahama also advocated for the establishment of an Independent Emoluments Commission (IEC) as recommended by the Constitution Review Commission and endorsed by the Edu-Bandoh and Ntiamoa-Baidu Committees.

The Commission, he says, will not only stop the practice of setting up new emoluments committee every four years and coming up with varying recommendations but also ensure that salary administration in Ghana is rationalized and equity is brought into the system.