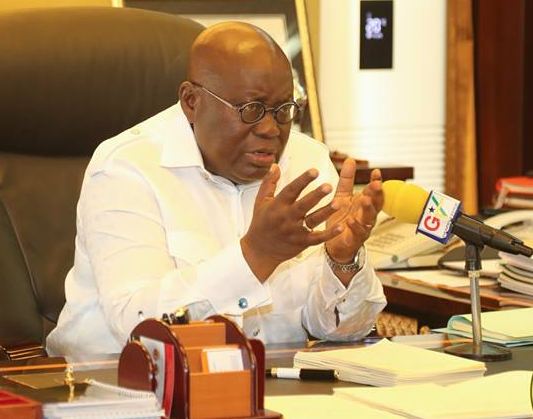 President Nana Addo Dankwa Akufo-Addo has underscored the need for the feuding parties in the Togo political impasse to keep the door of dialogue open, saying: “It is extremely important.”

Addressing a delegation from the government and opposition parties at the Flagstaff House last Wednesday, the President said: “I don’t believe that responsible people such as you are looking for the inflammation of tension or confrontation in your country that will bring protracted crisis and difficulties.”

The President said he asked for the meeting because he felt it was important to keep up the momentum of the decisions that had been taken.

“The last time that we met in Lome, we broke off on a very important and fundamental point and I am aware of certain events and developments that have taken place since our last meeting,” he added.

President Akufo-Addo said it was important for the parties not to come to the dialogue table with entrenched positions since he was playing the mediation role with limited possibilities at his disposal.

For that matter, the President said caution had to be taken against a prolonged contemplation between the parties.

The President said he was aware that many of the matters that formed the subject matter of the resolution were not results of yesterday’s movement but matters that had existed over a very long period in history, and unravelling history of a long origin was not an easy matter to deal with.

“I am persuaded by the discussions that we have had so far in our determination to find a peaceful resolution to the crisis in Togo and I am hoping that that spirit will continue to animate you so that on the basis of that we will continue to talk and make concessions, compromises so that the peace, freedom and security of the Togolese people are attained,” President Akufo-Addo pleaded.

The President said it was in the interest of Ghana to see a stable Togo which went about its businesses in a normal way and allowed the democratic values and life of all to flourish.

The President said: “I am fully committed to doing whatever I can to see whatever help Ghana can bring to the resolution of the crisis in Togo.”

The meeting, after the introductory remarks of the President, went into a closed-door session.

President  Akufo-Addo recently succeeded in getting the incumbent government and the opposition parties in Togo to put an end to all forms of actions that disturbed the peace of that country and rather resort to dialogue to iron out any differences.

The parties in the Togo political impasse, who were all fully represented at the dialogue, pledged their commitment to the dialogue process so as to ensure that normal life was restored for the people to go about their daily activities in a normal manner.

A communiqué issued and read by Ghana’s Minister of National Security, Mr Albert Kan Dapaah, at the meeting at the 2 Fevrier Hotel in Lome said the meeting was characterised by frank exchanges as the two sides articulated their views on the constitutional issues and also reviewed the appeasement and confidence-building measures.