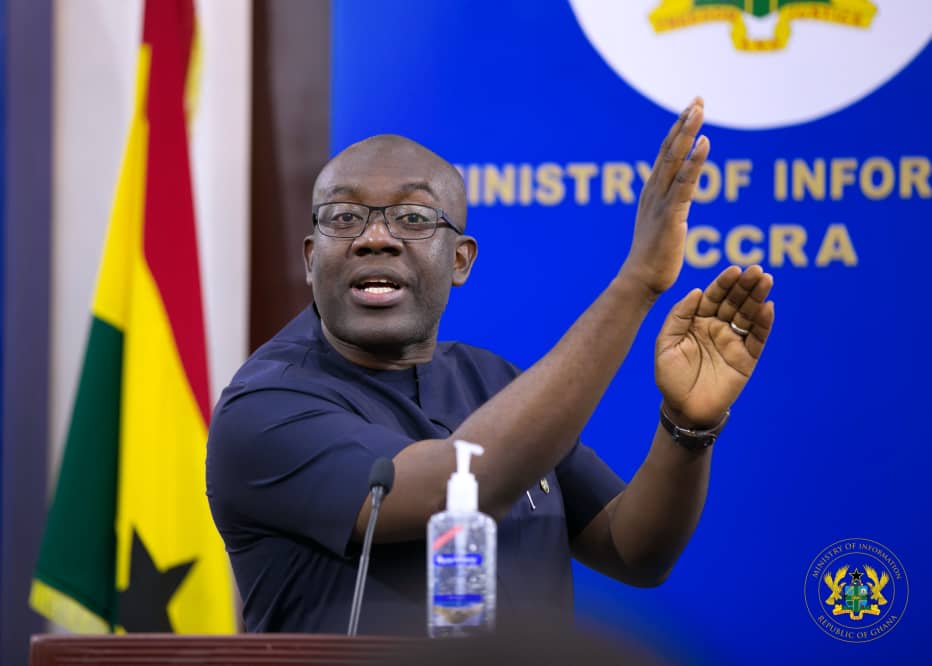 The Minister of Information, Mr Kojo Oppong Nkrumah, has downplayed projections made by the Economist Intelligence Unit (EIU) on their expectation that the opposition National Democratic Congress (NDC) will win the 2024 polls.

According to the minister, government was rather bent on bettering the lives of Ghanaians between now and 2024 so much so that Ghanaians would retain the ruling party in the 2024 polls.

Speaking at a press briefing in Accra Sunday, the minister noted that the report only served as “guiding notes” and must be treated as such.

He said the prediction made by the US based research institution was informed by the eight years change of government between the New Patriotic Party (NPP) and National Democratic Congress (NDC).

“We are very much aware of this tendency, but we believe that this whole thing where after every eight years, power changes hands, even when the country is making progress, is something that can actually set us back. That is why this administration intends to work very hard to retain the confidence of the people by the time that our second term mandate is done. This is just so we can break the eight years cycle.

“So it will ordinarily be a risk but it is a phenomenon that we are akin to break and this expectation that every eight years power changes hands, which is what is informing what they have put out there, is one that we intend to break,” the minister added.

Touching on the ways government intends to transform the lives of Ghanaians, the minister emphasised that the ruling administration sought to re-engineer a recovery of the economy from where it was now, getting the economy back on growth trajectory, creation of jobs, and transforming the general outlook of the economy.

The Economist Intelligence Unit says it expects the NDC to defeat the governing New Patriotic Party (NPP) in the December 7, 2024, general election.

This, according to the Unit, is because the NPP government has had two terms in power under the leadership of President Nana Addo Dankwa Akufo-Addo.

“After two terms of NPP government, we expect the NDC to win the 2024 presidential election and to gain a small majority in Parliament,” part of a report issued by the Unit read.

In the 25-paged document, the Economist Intelligence Unit said it was also expecting the NDC to introduce a new candidate although there were rumours that former President John Dramani Mahama, who was also the party's 2020 flagbearer, would contest again.

“The next parliamentary and presidential elections are due in 2024. Under the constitutionally mandated term limits, President Akufo-Addo cannot run for a third term. Mr Mahama is reportedly considering whether to run again, but we expect the NDC to seek to revitalise its prospects with a fresh candidate.”

Touching on the current political dynamics in Parliament, the report indicated that while the NPP were at an advantage because they hold the Majority in the House, ensuring unity among members had always been difficult.

Giving an example, the Economist Intelligence Unit stated that the election of the current Speaker of Parliament, Mr Alban Kingsford Sumana Bagbin, who is a senior member of the NDC, as against the President's choice of former Speaker, Professor Mike Oquaye, was a clear indication that the members were divided.