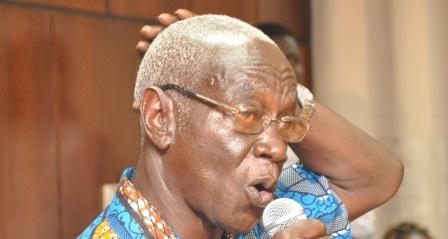 The E
The NDC’s candidate and incumbent President, John Mahama was declared winner by the EC Chairman on December 9, 2012, after he polled 50.70% against the NPP’s Nana Akufo-Addo, who secured 47.74% of total votes cast.
The NPP is however dissatisfied with the outcome of the elections, claiming the President colluded with the EC to manipulate the results.
The Party joined President Mahama and the Commission as first and second defendants respectively in the petition filed at the Supreme Court on Friday December 28, 2012.
Chairman of the Electoral Commission, Dr. Kwadwo Afari Gyan confirmed he has been served with the petition filed by the New Patriotic Party at the Supreme Court.
Dr Afari Gyan said the Commission and himself are preparing their response.
He said their legal team is preparing a response to the court for hearing to begin.
source: Joy News