Don’t undermine our work - Judicial Service to some media houses 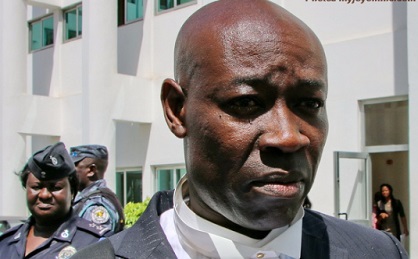 With three days to the determination of the 2020 presidential election petition, the Judicial Service has advised the media to be measured in their reportage on the case.

The Service is particularly concerned about what it described as hateful, spiteful and offensive statements against the seven Justices of the Supreme Court hearing the petition.

It said apart from undermining the administration of justice, any hateful statements targeted towards a judge must be treated seriously owing to the history of this country where three judges were abducted and murdered years ago.

The warning addressed to some specific media houses was contained in a statement released by the solicitors for the service, [email protected], and signed by its managing partner, Mr Thaddeus Sory.

“Apart from the fact that these statements and speeches directly mention some of the Justices hearing the petition, a number of your publications directly insinuate that the decisions of the Justices presiding over the matter are motivated by factors outside legal principles and proper judicial consideration.

“The focus of the statements and speeches, therefore, patently insinuate that the decisions are motivated by matters unrelated to the rules and principles in accordance with which justice is delivered, but are motivated by corrupt factors and devoid of any legal justification and/or reasoning,” the statement said.

The statement further cautioned any media house that had made or allowed any spiteful publications and hateful comments against the judiciary on its platform to immediately pull the publications down and also take steps to prevent the publications of such statements in order to safeguard the administration of justice.

“We must notify you, and we hereby do, that should you fail to heed our client’s demand, we have our client’s instructions to take appropriate action to ensure that you do not abuse the right to free speech by deploying and/or permitting your platform to be deployed in a manner that not only threatens our constitutional order and democracy, but obviously, adversely interferes with the due administration of justice and also, brings it, into disrepute,” the lawyers for the Judicial Service warned.

While the statement noted that people had the right to criticise court decisions, it said such criticisms must be in line with the law and should not undermine the wheels of justice.

It said the Judicial Service acknowledged that many people were following the proceedings of the petition and had various views about it, but it was the duty of the media to ensure that comments meant to court hatred or anger against the justices were not allowed on their platforms.

The lawyers said the Justices of the Supreme Court were performing their constitutional duty to determine the petition and, therefore, any comment that sought to court public hatred or threaten them was not just an affront to the administration of justice but also a threat to the constitutional democracy of the country.

On Monday, February 22, the Supreme Court announced that it had set March 4, 2021 as the judgement day for the 2020 presidential election petition.

The petition was filed by the presidential candidate of the National Democratic Congress (NDC), John Dramani Mahama, who is challenging the 2020 presidential results delivered by the Chairperson of the Electoral Commission.

After hearing on February 22, the Chairman of the seven-member panel, Justice Kwasi Anin-Yeboah, announced that judgement would be delivered on Thursday, March 4, 2021.

Mr Mahama brought the case to the apex court of Ghana, praying it to set aside a declaration of the results made by the Chairperson of the Electoral Commission, Ghana (EC), Mrs Jean Adukwei Mensa, on Wednesday, December 9, declaring the New Patriotic Party’s (NPP) Nana Addo Dankwa Akufo-Addo as the winner of the presidential election.

The petition was filed on December 30, 2020 citing “serious violations” of the 1992 Constitution by the EC and its chairperson, who was the Returning Officer of the disputed elections.

The petition, which cited the EC as the first respondent, and Nana Akufo-Addo as the second respondent, prayed the Supreme Court to declare the results of the elections as “unconstitutional, null and void and of no effect whatsoever.”

The hearing of the case began in January 2021 and among the witnesses invited by the petitioner were the NDC’s General Secretary Johnson Asiedu Nketia, former Presidential Staffer Dr Michael Kpessah-Whyte and Rojo Mettle Nunoo.

The two respondents elected not to present their witnesses despite filing their statements in writing.

This compelled the petitioner to reopen the case, but this was unanimously dismissed by the seven-member panel.

A review of that ruling was also dismissed on Monday, February 22, after which the Chief Justice announced: “The petition is adjourned to March 4, 2021 for judgement.”

Read a copy of the letter below