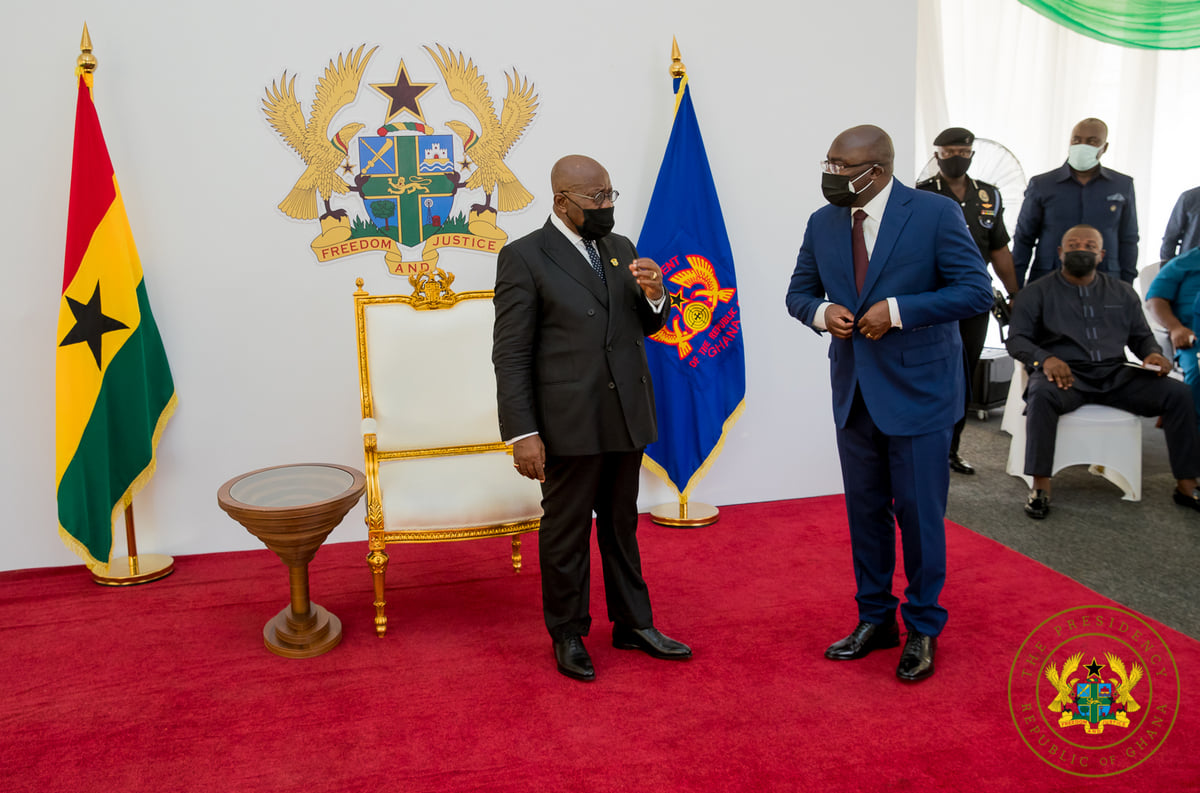 President Nana Addo Dankwa Akufo-Addo has reiterated that same-sex marriage will not be legalized in Ghana.

Speaking at the installation of the second Archbishop of the Anglican Church of Ghana at Asante Mampong in the Ashanti Region on Saturday, [February 27, 2021], President Akufo-Addo stressed that it will never happen during his presidency.

"Let me repeat, it will never happen in my time as President," President Akufo-Addo stressed.

President Akufo-Addo’s statement follows recent public calls for the government to re-state Ghana's position on same-sex marriage and the activities of persons who identify as Lesbian, Gay, Bisexual Transgender and Queer Intersex (LGBTQI) in Ghana.

This is not the first time Ghana has declared its stance on same-sex marriage.

During President J.E.A. Mills' era, he declared a similar position that Ghana was not going to endorse same-sex marriage.

President Akufo-Addo when he took over as President in 2017, gave a similar indication that he will never amend the laws of Ghana to allow for same-sex marriage.

On January 31, 2021, the European Union (EU) in Ghana participated in the opening of an office space for a Lesbian, Gay, Bisexual Transgender and Queer Intersex (LGBTQI) rights group in Accra.

The group, LGBTQI+ Rights Ghana hosted a fundraiser to officially introduce and promote its office and community space.

The EU office in Ghana when it became public that an office of that nature had been opened in Ghana reiterated its support for similar organisations.

In attendance at the fundraiser were some invited guests including the Australian High Commissioner, Gregory Andrews, the Danish Ambassador, Tom Nørring and some delegates from the EU.

In a post on Facebook, the EU in Ghana posted: "A couple of weeks ago the EU in Ghana participated in the opening of the new community space of the @LGBTRightsGhana. Equality, tolerance and respect for each other are core values of the EU. The EU supports civil society organisations promoting #LGBTIQ rights 🇪🇺🏳️‍🌈. #EU4LGBT".

Following the opening of the office, there has been opposition from anti-LGBQTI stakeholders in Ghana with calls on government to resist any attempt by the group to lawfully operate in Ghana since Ghana’s laws frowned on it.

Opposition against moves by the LGBTQI community to establish a strong presence in Ghana gained a strong ground this week.

Joining the chorus to oppose the move was the clergy, teacher unions and traditional leaders, all of whom posted strong positions against the notion that homosexuality is a rights issue.

Consequently, they urged the state to resist every attempt by the LGBTQI community to operate.

The religious groups were the Christian Council of Ghana (CCG), the Muslim Community; the Ghana Pentecostal and Charismatic Council (GPCC) and the Alliance for Christian Advocacy Africa with the teacher groups being the Ghana National Association of Teachers (GNAT) and the Coalition of Concerned Teachers-Ghana (CCT-Gh), while the traditional leaders were the Dormaahene, Osagyefo Oseadeeyo Agyemang Badu II, and the Hanua of Kedzikope in the Keta municipality, Togbi Amuzu II.

The National Coalition for Proper Human Sexual Rights and Family Values, a group which advocates against the activities of the LGBTQI movement in Ghana called for the office to be shut down.

The Executive Secretary of the Coalition, Moses Foh-Amoaning said the existence of the office was illegal and an affront to the laws, traditions and customs of Ghana.

He insisted that Ghana as a country had not signed any international laws permitting the promotion of LGBTQI activities in the country therefore, any attempt by anyone to promote the activities of the group amounted to illegality.

Mr Foh-Amoaning noted that on the contrary, international laws such as the Economic, Cultural, Social and Political Rights of the United Nations treaty, which Ghana had ratified, protected the sovereignty of Ghana to defend its cultural values.

He accused the international community in Ghana for promoting an act which he said was alien to the customs and traditions of Ghanaians and infringed on the sovereignty of the state.

The police on Wednesday (Feb 24, 2021) with the support of the owner of the property closed down the said office of the LGBTQI group.

The owner of the five bedroom apartment, which was housing the group at Ashongman Estate in Accra said the tenant never explained to him that he was going to use it to promote LGBTQI activities in Ghana, hence his decision to terminate the tenancy agreement and refund the money to him.

He said the tenant told him he was going to use the place for a non-governmental organisation (NGO) activity in health and for him to convert the residential accommodation to a place or an office for LGBTQI activity clearly breaches the tenancy agreement.

He indicated for instance that the tenancy agreement had stated clearly that, if there was to be any painting or any other works in the house, it was to be with his notice but that was never done.