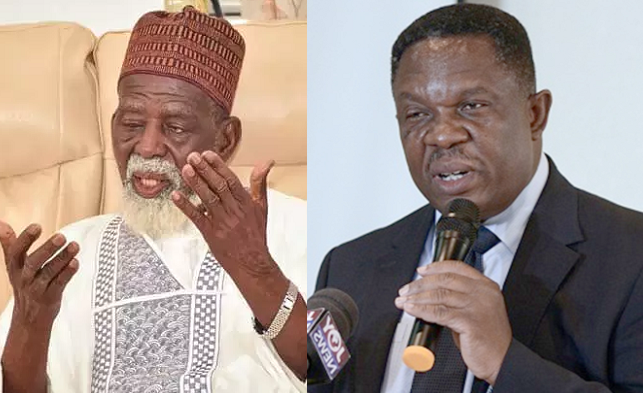 Opposition against moves by the Lesbian, Gay, Bisexual, Transgender, Queer and Intersex (LGBTQI) community to establish a strong presence in the country is strongly gaining ground.

The latest to join the chorus are the clergy, teacher unions and traditional leaders, all of whom have posted strong positions against the notion that homosexuality is a rights issue.

Consequently, they have urged the state to resist every attempt by the LGBTQI community to operate.

The religious groups are the Christian Council of Ghana (CCG), the Muslim Community; the Ghana Pentecostal and Charismatic Council (GPCC) and the Alliance for Christian Advocacy Africa with the teacher groups being the Ghana National
Association of Teachers (GNAT) and the Coalition of Concerned Teachers-Ghana (CCT-Gh), while the traditional leaders are the Dormaahene, Osagyefo Oseadeeyo Agyemang Badu II, and the Hanua of Kedzikope in the Keta municipality, Togbi Amuzu II.

Today, the National House of Chiefs will also state its position in a formal statement

In a statement issued on February 23, 2021, the Christian Council of Ghana (CCG) described the development as evil which must be uprooted.

Quoting extensively from the Bible, the council said God established marriage as an institution to be the conduit for child bearing and training.

“Marriage, therefore, goes beyond sexual satisfaction and sexual preference. It begins the family unit, which is the foundation institution upon which all other institutions in a country are established,” the statement, signed by the General Secretary of the Council, Rev. Dr Cyril G.K. Fayose, said.

The CCG said it was willing to make available trained and qualified pastors and counsellors from its member churches to help all those who had passion and tendencies of unnatural relation with the same sex.

It also advised Ghanaians against putting the law into their own hands by molesting and attacking persons known to be in the homosexual unions.
Rather, the Council advised that such persons be reported to the appropriate agencies.

The Muslim community in Ghana stated that homosexuality was a deviant behaviour totally unacceptable in Islam.

It said although the religion allowed Muslims the latitude to ponder and reconsider some issues, homosexuality was certainly not one of them.

“In fact, the practice is clearly condemned by the Quran, the Prophet and his progeny. This notwithstanding, we do not hate the homosexuals; rather we find their behaviour abhorrent,” the National Chief Imam, Sheikh Osman Nuhu Sharabutu, said.

In a statement signed by his Personal Assistant, D. Mohammed Marzuq Abubakari Azindoo, the Chief Imam explained that Allah created everything in pairs, each endowed with physical and psychological characteristics to complement and complete each other.

The Quran, he said, indicated that human beings had been created from one living entity (nafs), which represented the origin of both male and female.

“The mating or spousing of male and female sexes is original in human nature, and out of this instinctive relationship the human race develops, continues and spreads,” he said.

The Chief Imam said in spite of their principled stand, the Muslim community recognised that Ghana was a secular democratic state, saying: “Ours is not to replace democracy with theocracy. Ours is to peacefully co-exist with people of divergent religious and cultural orientations and to practise our religion in a secular democratic Republic.”

He, therefore, called for a national dialogue conference on homosexuality in the country, with participants drawn from the clergy, Islamic scholars, human rights activists, homosexuals, students, members of the Bench and the Bar, parliamentarians and other government officials.

“We believe that such a conference will generate an avalanche of critical opinions for an amicable solution to the issue. It may also serve as a platform for the men of God to get the misguided to the right path,” the Chief Imam said in the well-researched clerical position paper.

Stating its position on the raging issue, the Ghana Pentecostal and Charismatic Council (GPCC) viewed the action by the LGBTQI movement as an affront to the long cherished religious values, customs and traditions, as well as the laws, of Ghana.

While reaffirming its support to the National Coalition for Proper Human Sexual Rights and Family Values and other like-minded groups on their positions on the matter, the Council called on the government to officially state its position, without any equivocation, on this new development.

Again, the Council called for the immediate arrest and prosecution of all individuals or groups behind the alleged opening of this new LGBTQI office in Ghana for breach of the law and potential threat to peace.

“We also call on Parliament, as the representatives of the people, to summon the President’s representatives at the ministries of Foreign Affairs and Interior to explain to Ghanaians what actions they have taken in relation to this matter to protect the sovereignty and security of the state of Ghana,” a statement, signed by the President of the GPCC, Rev. Prof. Paul Frimpong-Manso, said.

The President of the alliance, Rev Dr Kwabena Opuni Frimpong, speaking in an interview with the Daily Graphic assured the country’s leadership to know that “Ghanaians are behind them in this fight to drive away this kind of unhealthy marriage.”

He also called on Ghanaians to help protect the sanctity marriage and family life values.

The Ghana National Association of Teachers (GNAT) and the Coalition of Concerned Teachers-Ghana (CCT-Gh) condemned any attempt to institutionalise LGBTQI in the country with the establishment of an office to that effect.

They said the practice was frowned upon in the country, and that the security agencies should arrest the perpetrators behind the opening of the office, since practising lesbianism and gayism was criminal and against the laws of Ghana.

The General Secretary of GNAT, Mr Thomas Musah, and the President of CCT-Gh, Mr King Awudu Ali, said in separate interviews with the Daily Graphic that as teacher unions responsible for the proper upbringing of children, they would not sit idle for such an act to take place in the country.

They said in the same way that they resisted the introduction of the comprehensive sexual education policy that was to be introduced in basic schools, they would not entertain acts of homosexuality in the country.

Speaking to the Daily Graphic, the Dormaahene said the culture of the country did not give room for LGBTQI activities.

He said the country’s panel code also made homosexuality an offence.

For Osagyefo Agyemang Badu, who is also a Justice of the High Court, the LGBTQI matter should not be seen with political lenses.

“It is a cultural issue, and that is why I have put myself out to lead a crusade to crush it,” he said.

He said it was better for the European Union and the Wesers powers in general to withdraw their financial support to the nation “than for them to force homosexuality on us.”
Osagyefo Agyemang Badu threatened to banish any person in his traditional area who was caught practising homosexuality.

For his part, the Hanua of Kedzikope in the Keta municipality, Togbi Amuzu II, described the practice as sin against God.

He said God created Adam and Eve and wondered how the world would have been now if Eve were a man.

"It is a sin before God; it must be nipped in the bud," he said.

He advised parents to be more responsible for their children and teach them what was morally good and acceptable.