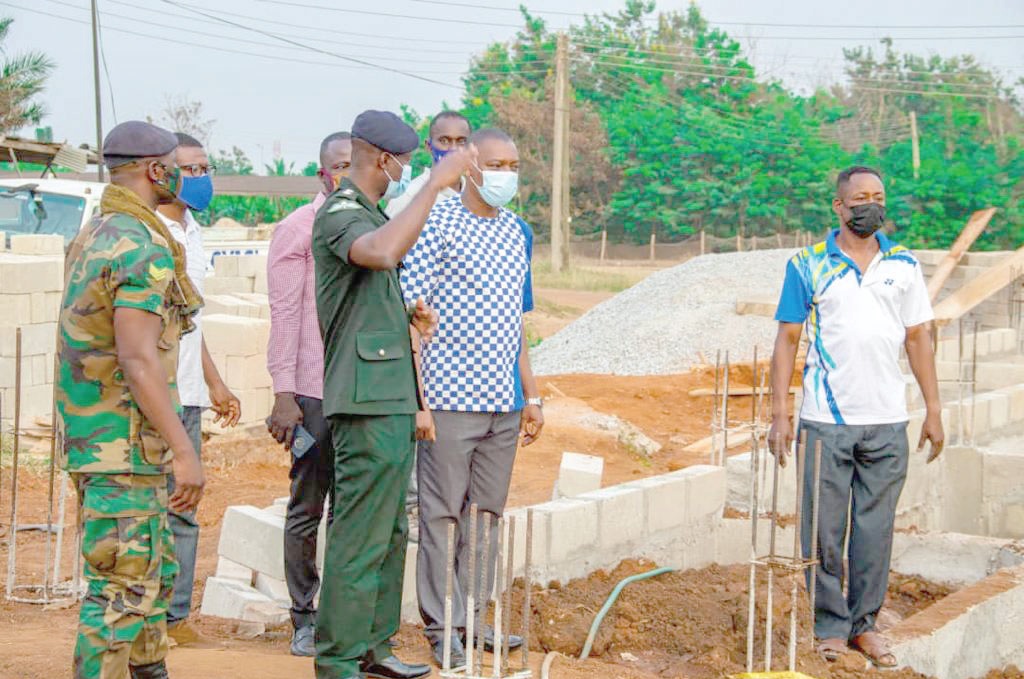 The New Patriotic Party (NPP) Member of Parliament for Kwadaso, Dr Kingsley Nyarko, has presented 400 bags of cement to the Central Command of the Ghana Armed Forces (GAF) in the constituency in fulfilment of a pledge he made during a sod-cutting ceremony for a 20-bedroom accommodation project at the military base.

The MP last year made a pledge to support the Central Command to complete its 20-unit housing project initiated by the General Officer Commanding the Central Command, Brigadier General Joseph Alphour, to supplement the government’s effort in the provision of accommodation for personnel.

Dr Nyarko said the welfare of the officers was important to ensure the security of the constituency and the nation.

“I have always been saddened by the lingering problem of inadequate accommodation which has confronted the servicemen of this military base over the years, and if there is an effort made to correct it, then there is a need to support,” he added.

Dr Nyarko called on benevolent organisations and individuals to contribute to the welfare of the military to help strengthen security in the constituency.

He thanked individuals who had been supporting them since they started the project and also called on benevolent organisations to help them.

The Assembly Member for the area, Mr Fosu Agyemang, also expressed gratitude to the MP and called on individuals to come to the aid of the military base.