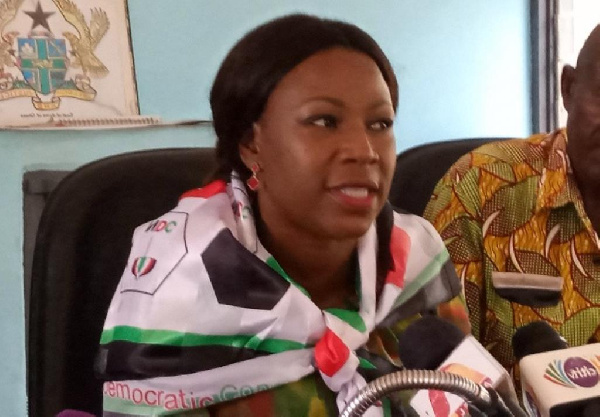 The National Democratic Congress (NDC) Parliamentary Candidate for Essikado-Ketan in the December 7, 2020 parliamentary election, Professor Grace Ayensu-Danquah, has filed a petition at the Sekondi High Court to challenge the parliamentary results announced by the Electoral Commission (EC) on December 9, 2020.

The petitioner is praying the High Court to ask the First Respondent, Mr Joe Ghartey, who was the parliamentary candidate then in the said election and a sitting Member of Parliament (MP) for Essikado-Ketan, and the second respondent, the EC, to explain the late introduction of strange ballot boxes at the collation centre in the night, which compromised the pink sheets from the polling stations.

The petitioner further alleged that steps were taken by the second respondent to cover up the said illegal acts by altering declared polling station results and tampering with Biometric Verification Devices (BVDs) used at some polling stations, while others could not be found or accounted for.

The petitioner is, therefore, demanding a full and accurate auditing of all relevant BVDs used in the said parliamentary election in the constituency.

The petitioner said she was ready to prove at the trial that her "own collated results from the figures declared after counting at polling stations were that the first respondent obtained 26,299 valid votes while the petitioner had 26,336 valid votes, making the petitioner the obvious winner, but the second respondent declared otherwise."

According to the petitioner, the results were compromised and in a bid to cover up the illegal acts the first and second respondents compromised some ballot boxes and alleged that some of them were taken from or passed through the residence of the first respondent, with seals and covers broken, opened and conveyed in strange circumstances in a pick-up vehicle with heavy armed security guards to the constituency collation centre.