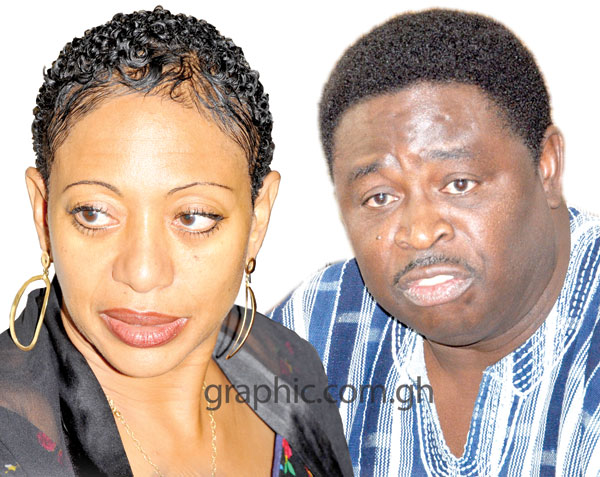 A fact-finding committee set up by the Convention People’s Party (CPP) to establish alleged acts of financial impropriety involving the leadership of the party, has indicted the flag-bearer for the 2012 elections, Dr Abu Sakara, and the Chairperson, Ms Samia Yaba Nkrumah, for failing to account for GH¢700,000 of campaign funds meant for the elections.

According to the committee, although the Central Committee of the party could not establish the total amount of funds received throughout the election period, it put total disbursements based on submissions it received at about GH¢700,000 with the funds going to Dr Sakara and Ms Nkrumah.

Other recipients of the funds were the General Secretary, Mr Ivor Kobina Greenstreet, and Ms Rodaline Imoro Ayarna, a member of the party.

According to the report, written submissions by persons who appeared before the committee confirmed receipt of substantial funds and two Toyota Hilux vehicles, which were received by the National Chairman, adding that GH¢200,000 was received from a ‘donor’ out of which GH¢150,000 was used to pay the filing fees for parliamentary candidates and part of the remainder used to purchase motorbikes.

Rumours were rife before and after the last elections that CPP officials had received and disbursed funds without due process.

Subsequent to this, Ms Nkrumah confirmed to the Central Committee that she had been consulted by the General Secretary of the party prior to the elections about funds that had come from some donors to support the party.

The committee was then set up to establish the facts about those allegations.

According to the report, a copy of which the Daily Graphic has laid hands on, a request by Dr Sakara for money to offset debts he incurred during the elections could not be accepted as he had not provided enough documents to support his claim.

It said except for the Greater Accra Regional Chairman of the party, all other regional chairmen failed to properly account for monies received by their respective regions as requested by the committee.

The report faulted Dr Sakara, Mr Greenstreet and Ms Ayarna, who it said were directly involved with funds, for disbursing monies through their individual bank accounts. 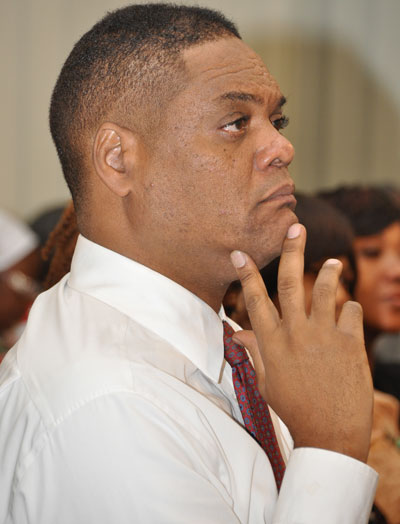 “The committee finds that a lack of trust among the leadership based on their unwillingness to disclose the amounts received and sources of funds made it difficult for proper accounting records to be kept and rendered to the committee,” it said.

According to the report, donations received by party officials by virtue of the office they held could not be termed as “personal gifts and property”, maintaining that the receipt and disbursement of monies and other resources by the leadership without proper consultation, approval and records were in gross violation of the party’s constitution.

“The attempt to appropriate party goodwill and donations as personal gifts is unacceptable because the role of each party official in the December general election was not as individuals but as party members and officials,” the report said.

“Not dealing decisively with issues within this report and providing the needed direction will make it difficult for the party to offer itself as a credible alternative to the people of Ghana,” it said.

Among its recommendations, the committee instructed Mr Kwame Ameyaw, Mr Emmanuel Gollo and Mr Ato Maclean to refund GH¢16,000, GH¢20,000 and GH¢1,000, respectively, into the national accounts of the party.

The report called for the ownership of vehicles received by Mr Greenstreet, Ms Nkrumah and Dr Sakara towards the 2012 polls to be transferred to the party by the next Central Committee meeting and the evidence submitted accordingly to the Finance Committee.

It also asked party members who received monies but did not appear before the committee to account for disbursement and refund all balances to the Finance Committee.

The report recommended the immediate appointment of an acting treasurer until the next delegates congress.

“The Central Committee must consider instituting disciplinary procedure against any party official who refuses to comply with the above recommendations,” it said.

When contacted on telephone, Ms Nkrumah angrily declined to speak on the matter except to say that whoever leaked the report to this reporter was a saboteur who was seeking the downfall of the CPP.

“Young man, who gave you this report? You should not have this report and whoever gave it to you has contravened the rules and regulations of the party,” she said in an angry tone.

“As chairman, my duty is to protect the party and, therefore, l cannot grant you an interview. I’m sorry, I cannot give you an interview,” she said when asked further for her comment.

For his part, Dr Sakara told the Daily Graphic that the report was a confidential one awaiting response at the next Central Committee meeting.

He, however, condemned the committee, saying that the motive for releasing the report was to dent his image.

Dr Sakara expressed the view that somebody out there was determined to throw mud at him and to pull him down.

He stated that the money he personally raised to run the campaign far exceeded what the committee said could not be accounted for.

“I’m not going to comment on this issue, but what I can say is that the CPP abandoned me to run my own campaign and the money I raised far exceeded the ‘rubbish’ they are talking about,” he added.