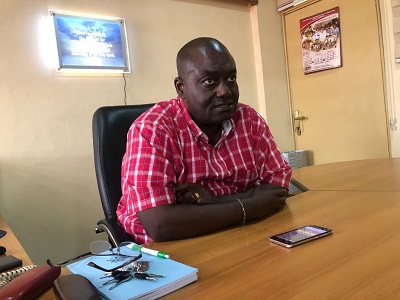 If you don't understand the neutrality allowance being offered to civil servants, "go and sleep" because it was justified at the negotiation table, the Executive Secretary of the Civil and Local Government Staff Association of Ghana (CLOGSAG), Isaac Bampoe Addo has said.

Reacting to public opposition to the Neutrality Allowance at a press conference in Accra Tuesday [April 26, 2022], Mr Bampoe Addo said they went to negotiations, the government team led by the "master strategist of the government, Yaw Osafo Maafo with his special assistants,” attended and agreed.

"Fair Wages and Salaries Commission (FWSC) were there, they brought two lawyers plus their technical team. So if you people [critics] are saying that we have outwitted and played a fast one on them, it is negotiation, then we should be congratulated for doing a good job. Because that is what negotiations is all about. And mind you, this neutrality allowance is only a minute part of our conditions of service. There are more to it that we've already finished, about 80%,” Mr Bampoe Addo said.

He added: “We don't do double work and we've gone to justify it at the [negotiation] table, we justified whatever allowances that we've been given at the negotiation table. So if you don't understand, go and sleep..."

Mr Bampoe Addo disclosed that the National Labour Commission has instructed the Ministry of Finance to pay the said allowance of which a payment plan will soon be rolled out.

CLOGSAG members laid down their tools on Thursday April 21, 2022, following the inability of the government to pay the allowance as agreed upon in January 2022.

The neutrality allowance is to ensure that civil servants discharge their duties professionally without getting involved in partisan activities.

However, there has been some public debate on the relevance of the neutrality allowance being offered to civil servants with some describing it as unnecessary.

But the Executive Secretary of CLOGSAG, Isaac Bampoe Addo has asked persons who do not understand the essence of the allowance to "go and sleep" as it was justified at the negotiation table.