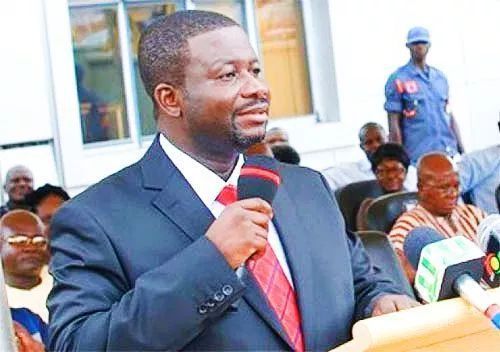 The Director-General of the National Disaster Management Organisation (NADMO), Mr Eric Nana Agyemang-Prempeh, has called on the contestants in the just-ended New Patriotic Party (NPP) parliamentary primaries to bury their differences and unite in the interest of the party.

He said it was natural that in the build-up to a contest of that nature, there was bound to be disagreements and discontent among the contestants and their supporters.

However, after everything had ended, the skirmishes must be buried while the supreme interest of the party held sway.

Speaking to the Daily Graphic in Accra last Monday, Nana Agyemang-Prempeh, who is a senior member of the party, submitted that “ we must all look forward as one big family determined to retain power.

“There should be no acrimony after the polls because we have a fight to win on December 7, this year,” he said.


Significantly, he said, the NPP was blessed with a focused leader in President Nana Addo Dankwa Akufo-Addo, whose performance in his first term had been tremendous and was determined to lead the party to chalk another major victory in the December polls.

He said the December 7 polls was between truth and deceit and the NPP, which carried the light, would definitely carry the day.

Stressing that there was no individual winner or loser in the parliamentary primaries, Nana Agyemang-Prempeh said, it was the NPP that won the day.

The NADMO boss emphasised that the common opponent was the National Democratic Congress (NDC) “which we must defeat at all cost come December 7, this year.”

He said the superb organisation of the primaries showed the ever-growing strength of the NPP in national politics and governance.

Coming in the midst of the COVID-19 pandemic, he said, the primaries passed the test.

“I think our executives from the national to the lowest levels, as well as our delegates and the entire membership of the party, need commendation for going through this exercise successfully, “ he said.-